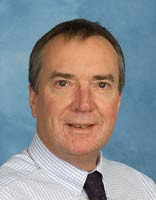 This year I had made up my mind NOT to miss this conference. I could have kicked myself for not making the trip in 2007. But I am so glad that I did attend this year. I learned a lot, had much confirmed in my mind and came back with a brand new stack of business cards from some of the leading experts in reproductive medicine from around the world. Can you say, “cutting edge“?

I’ll be writing and blogging on this for the next year I imagine, so bear with me.

One point which I went to London wanting to resolve in my mind is this:

As it relates to the young egg donor, are we jeopardizing her future fertility by depleting her of her own “ovarian reserve”? Since a young woman is born with a set amount of eggs, if we repeatedly hyperstimulate women, do we deprive them of eggs they will need to have their own babies?

One of the speakers at the conference was Professor Stephen G. Hillier, Editor-in-Chief of Molecular Human Reproduction, and with the Centre for Reproductive Biology at the University of Edinburgh.

The title of his talk was “fading follicles – the essence of ovarian ageing”. Come on women, let’s face it – we are most fertile in our 20’s, so waiting to have our children will negatively impact our ability to have our children. As we age, our ovaries shrink and our eggs get old. At menopause, we have no eggs left.

What Prof. Hillier said in his plenary lecture grabbed my attention and led to my seeking him out on a conference break. Hillier commented on the current hyperstimulation practice and if it had a negative impact on oocytes available for recruitment. Does hyperstimulation substantially increase the number of follicles?

When I spoke with Prof. Hillier at the conference break and told him of my concern and explained how egg donation was practiced in the U.S., (hyperstimulation to get lots of eggs, no monitoring or tracking of the egg donors, no limits (only suggested guidelines) on the number of times women could donate their eggs) he was very concerned. I asked him about my hypothesis, on the math alone . . . are we risking depleting these young women of their ovarian reserve for their own baby making, he said there was no answer to my question. He said there is not a lot of scientific research on this topic. So, in my mind, the fact that this leading expert told me there was no answer is of great concern to me.

So again, we have no data, because no one has bothered to track, monitor, collect data. . .