Are You In or Are You Out? 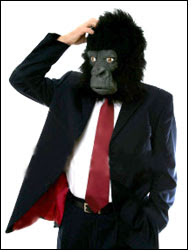 As a 21st century society, we are being forced to grapple with the ethical questions surrounding some of the leading scientific discoveries in human history, particularly in the area of genetic research. The current wave in favor of human embryonic stem cell research, and the technological advances responsible for its progress, has forced us as the human community to think hard about what it means to be human.

Peter Singer, Princeton University professor and director of bioethics for that institution, has been at the forefront of these ethical debates. On his website he claims that speciesism (valuing human life greater than animals) is wrong, and that humans and animals with the same cognitive abilities should be treated the same in the testing laboratory. Professor Singer says, in his book Animal Liberation , “I propose asking experimenters who use animals if they would be prepared to carry out their experiments on human beings at a similar mental level — say, those born with irreversible brain damage.” What Singer espouses is theoretical; essentially, if you are going to test a developing drug therapy on a chimp, why not test it on a human who is of the same mental capacity? According to Singer, to make a distinction between a human and an ape, if they are of the same mental capacity, is wrong. full article here