Brave New Britain is Angered by US Company 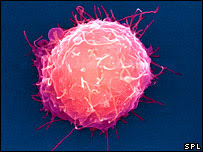 Yes, you read that correctly. The anything goes scientists in the U.K. are upset about a new California company, StemLifeLine. From the StemLifeLine homepage the company says this:

StemLifeLine is a life sciences company offering a novel service for individuals who have undergone in vitro fertilization, fulfilled their childbearing needs and now have to decide what to do with their remaining stored embryos. We can help transform these embryos into individual stem cell lines that our clients may one day use to create therapies for themselves and their families.

What has the U.K. scientists so upset? First, it is a money making scheme which preys on the fears of parents. You better save those cells in case some day you need them to cure your sick children. And second, there are still NO, nada, zip, cures from embryo stem cells, so it is just another money making scheme. We have no market for embryonic stem cells so why the need for storage facilities?