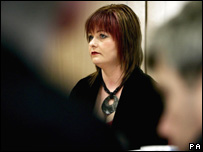 Let me begin by saying, I am not a luddite. I love technology, and the smaller the better. I love it when technology makes my life easier. Cell phones are grand–I can turn it on and off to fit my needs. Microwave ovens–LOVE them! The world wide web–I can waste hours and hours here. But sometimes we lose site of the role of technology, properly understood, to serve us. Our common societal goods and needs. To make life better, safer, easier, more efficient even. But within the field of biotechnologies I would argue, we need to pay real good attention of what we are after. What are we trying to accomplish? What we are asking for….because technology is not value free. It is not amoral. Or without consequences and unintended consequences. As we say in the trade, technology can bite back. Just this week, for instance, a Natalie Evans, in the U.K. who was left infertile because of her cancer treatment was denied the choice/right to use her frozen embryos to have a baby. Why? Because the male partner she was involved with at the time of the embryos were created, is no longer in her life. And he won the court battle, denying her the right to have these babies. Ms. Evans said, “I’m still as determined to do whatever it takes to have a child of my own.” Hmmmm. Whatever it takes? Be careful what you ask for.

Mother has twins at age of 70