It is Meaningful Information 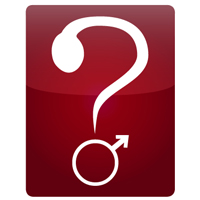 How many people, if they are told that they are sitting in an office across from somebody or they’re on a factory floor for the last ten years across from someone who is actually their brother, would say, “Oh yeah, so what . . .”? For most people, it’s meaningful information!

Here’s a news item that proves his point. In North Dakota, adoptee John Maixner discovered that a woman who worked at the Walmart where he shopped was his sister, who had also been adopted.

In addition, this story serves to highlight some of the connections and similarities between the donor-conceived community and the adoption community. Members of both groups regularly weigh in on the conversation on the Anonymous Father’s Day Facebook page. Add your voice to the conversation.

The Collatoral Damage From Suicide Advocacy

Surrogacy Should Not Be Commercial

All +50 Ordered to Take Statins?