Oh brother. Nature has editorialized against exaggerating adult stem cell potentials for medical cures, which it claims occurred at a Vatican stem cell conference. From “Smoke and Mirrors:”

Many scientists around the world were appalled by the events in Rome, and rightly so. It is wrong to exploit the desperation of the disabled and the terminally ill and to raise false hopes of quick fixes, as some at the Vatican meeting tried to do. It is also wrong to try to use such patients as experimental animals by bypassing regulatory agencies, as the Italian parliament seems to want to do.

What hypocrisy! During the Bush years, extravagant claims of pending CURES! CURES! CURES! that were (perpetually) just around the corner from embryonic stem cell research permeated the popular and scientific media. Surely you all remember the ceaseless and ever more extravagant claims. And yet, I didn’t see Nature archly editorializing against such politicized science and the flagrant abuse of the ill and their families for political gain. Indeed, it still happens, such as in an article published just last year in Fortune:

MDs and PhDs are making the paralyzed walk and the impotent virile. A stem cell therapy for two types of macular degeneration recently restored the vision of two women. Once they were blind. Now they see! Some experts assert that AMD could be eradicated within a decade. Other scientists are heralding a drug-free fix for HIV/AIDS. Various forms of cancer, Parkinson’s, diabetes, heart disease, stroke, and ALS have already been eradicated in mice. If such work translates to humans, it will represent the type of platform advancement that comes along in medicine only once in a lifetime or two.

But, Wesley, some will say, Fortune isn’t a scientific publication. Okay, how about this old bromide from the Alliance for Medical Research put out in a video in 2006, that pushed both ESCR and human cloning research:

Now with this revolutionary breakthrough of regenerative medicine doctors will actually be able to cure diseases, not just treat them with pills and shots. Insulin-producing cells will be injected into the diabetic child to cure diabetes. Retinal cells will be injected to make the blind see. Nerve cells will be used to make the quadriplegic walk again. Stem-cell research has the potential to cure over 130 million Americans plagued by chronic degenerative diseases and conditions. This is the potential that stem-cell research holds for us.

Recounting all the embryonic stem cell hype over the last decade could fill a very long book.

I agree these things should not be exaggerated, whether embryonic, adult, induced pluripotent stem cells, or any other emerging medical technology. But please. Nature’s righteous anger rings very selective.

Calling for a Radical Change of Perspective on Surrogate Motherhood 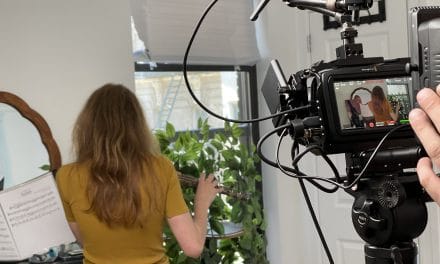