I thought we were finally finished with all the hype over embryonic stem cell research. During the first decade of the 21st century, that was pretty much all we got in the media, mostly wild hype about pending CURES! CURES! CURES!

Adult stem cell successes—already forging ahead at breakneck speed—were mostly ignored, even though the New York Times’ headlines would have taken up half the front page had similar advanced been made using embryonic cells.

Part of all that hype on one stem cell hand—and chirping of crickets on the other—was politics, a way to “get Bush,” whose mild restrictions on federal funding were often mendaciously depicted by Democrats and a hostile media as a religiously-inspired “ban.” 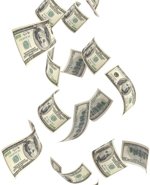 Bush’s NIH actually awarded hundreds of millions in grants for human embryonic stem cell studies. Moreover, during the Bush years, according to a Rockefeller Institute study, about $2 billion was invested from all sources in ESCR in the USA alone. Hardly a starvation diet.

The controversy lost much of its steam in 2007 when scientists announced the invention of embryonic-like “induced pluripotent stem cells” (iPSCs) made from human skin cells. Suddenly, much of what ESCR promised to do in the future could perhaps be accomplished in the present—and without destroying embryos.

And indeed, while iPSCs still can’t be used in treatments due to the same tumor fears that inhibited ESCR studies, iPSCs are currently being tailor made from specific patients in order to study drugs and disease models—powerful research tools that scientists once swore would require human therapeutic cloning to accomplish.

The breakthrough was so stunning, its prime inventor, Shinya Yamanaka, was just awarded the Nobel Prize for physiology and medicine.

But wait, there’s more: stories have begun to appear about the ubiquitous human trials with adult stem cells for afflictions such as paralysis, heart disease, MS, and diabetes, just to name a few. Meanwhile, embryonic stem cell research has not gone very far at all. Geron’s first ever ESCR human trial crashed and burned, and the company went completely out of the stem cell business.

At the moment, only three very small safety studies are ongoing using embryonic cells in the world (for degenerative eye conditions), while adult stem cell human trials are in the thousands, including a recently announced FDA approved-trial for the treatment of spinal cord injury.

The California Institute for Regenerative Medicine—founded to fund embryonic stem cell and human cloning research—now touts its adult stem cell funding. None other than Michael J. Fox—who often filmed election ads for pro ESCR politicians—has gotten over his embryonic stem cell fixation and expanded his vision to include support for other, more promising, approaches to the treatment of Parkinson’s.

And wonder of wonders: The New York Times even published a front page story a few weeks ago describing how adult stem cells are being used experimentally to manufacture replacement human organs.

That is why it is rather disquieting to see an attempt in Fortune to reignite the old ESCR hype in a story that laments the poor economic outlook for embryonic stem cell companies. From, “The Great Stem Cell Dilemma:”

To be clear, the earliest stem cell therapies are almost certainly years from distribution. But so much progress has been made at venerable research institutions that it now seems possible to honestly discuss the possibility of a new medical paradigm emerging within a generation. Working primarily with rodents in preclinical trials, MDs and PhDs are making the paralyzed walk and the impotent virile. A stem cell therapy for two types of macular degeneration recently restored the vision of two women. Once they were blind. Now they see!

Some experts assert that AMD could be eradicated within a decade. Other scientists are heralding a drug-free fix for HIV/AIDS. Various forms of cancer, Parkinson’s, diabetes, heart disease, stroke, and ALS have already been eradicated in mice. If such work translates to humans, it will represent the type of platform advancement that comes along in medicine only once in a lifetime or two. The effect on the economy would be substantial. Champions of stem cell research say it would be on the order of the Internet or even the transistor.

Oh, please. That is sooo 2004. Much of the above litany involved non embryonic stem cell research. For example, HIV studies in humans are showing great promise using stem cells contained in bone marrow.

You can’t reinflate a leaky balloon. The science of regenerative medicine is moving on. And that, fundamentally, is why the embryonic stem cell industry is faltering financially. 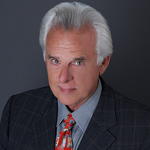 CBC Special Consultant Wesley J. Smith, J.D., is also a Senior Fellow at the Discovery Institute’s Center on Human Exceptionalism and a consultant for the Patient’s Rights Council.

Why Life and Death Matter