Home, Home In the Lab! 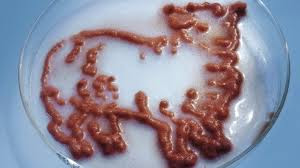 Scientists claim that the first hamburger made from stem cells may soon be available for consumption. From the Telegraph story:

By generating strips of meat from stem cells researchers believe they can create a product that is identical to a real burger. The process of culturing the artificial meat in the lab is so laborious that the finished product, expected to arrive in eight months’ time, will cost about £220,000 (EUR250,000).

But researchers expect that after producing their first patty they will be able to scale up the process to create affordable artificial meat products. Mass-producing beef, pork, chicken and lamb in the lab could satisfy the growing global demand for meat — forecast to double within the next 40 years — and dramatically reduce the harm that farming does to the environment.

Let’s fast forward those 40 years, a time in which steak, chicken breast, burgers, meat combinations, etc. can be purchased for the same price as those taken from slaughtered animals — and with nutrients added to maximize health:

1. Should we assume safety? Some people — not me — are upset by GM grain and such, and think it unsafe. What about meat created from stem cells?

2. What will it mean to human society if we can get our meat from labs instead of farms and ranches? Will we be harmed by the severing of our connection to the land and the domestication of food animals? We will certainly be changed materially with urbanization growing even more pronounced.

3. Would it be morally acceptable for vegans and vegetarians to eat lab grown meat since no animals were raised in its creation and we are biologically omnivores?

4. Once we got used to growing food in the lab, would it become easier to accept transhumanizing ourselves?

My stomach is queasy about this. Revolted, actually. My inner Luddite is screaming. But in this case, I don’t trust the wisdom of repugnance. I can see tremendous good, particularly in the alleviation of human hunger. But it would also cause great dislocation and transform human beings in culturally radical ways. And it would destroy ways of life that have nourished human thriving for millenia.

The test tube and the laboratory would become, in a sense, the center of human existence — particularly since it wouldn’t just be our food. Tower of Babel or merely the next step in human self design, akin to the move from hunter/gatherer clans to farm/animal domesticating communities? (The term “human evolution: would inapt here, I think. Only exceptional humans are capable of intentionally generating such transformations.) Probably both.