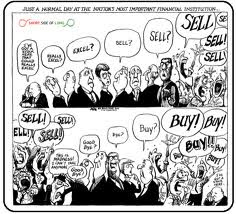 People sell organs in China. In the West, people occasionally die if they get between crazed store customers and an electronics sale. These two darknesses have conjoined in an awful report out of China. From the Daily Tech story:

A Chinese teen has made headlines due to the lengths he went to obtain Apple, Inc.’s (AAPL) latest and greatest gadget, the iPad 2 tablet. “I wanted to buy an iPad 2, but I didn’t have the money,” recalls a 17-year old boy identified only by his surname, “Zheng”. But without a college degree, Zheng’s prospects weren’t looking great. Average wages in major Chinese cities range from 1,000 to 5,000 RMB (CN¥). Zheng would like fall on the low end, making between 1,000 and 1,500 RMB. At the current going exchange rate of 500 RMB to $77.13 USD, it would take the young man several months to get the slick device.

So he made a shocking decision that brings to mind a legendary webcomic from the comic/satire blog The Oatmeal — he decided to sell an organ for the Apple device. He recalls, “When I surfed the internet I found an advert posted online by agent saying they were able to pay RMB20,000 to buy a kidney.” Sneaking out of his home, the youth traveled north to the city of Chenzhou in Hunan Province. Visiting a local hospital, he had his kidney removed. He was hospitalized for three days then discharged, with 22,000 RMB (appr. $3,394 USD) in hand. He used the money to reportedly buy his iPad as well as a MacBook and iPhone.

These are hard truths. Western hyper-consumerism spreads like a virus. When human organs can be purchased, the desperate and the vulnerable become the sellers — or also in China, the murderers.

We Won’t Slow Down