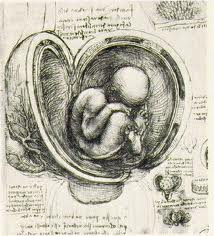 I know I am spitting in the wind, but that’s my job. We permit voluntary organ donations of one kidney or a slice of liver. While things usually work out fine, there is no question the donation risks the health or life of the donor. But the point is to save a life.

Now, the issue of voluntary organ donation is being taken to the next step: A mother is going to donate her uterus to allow her daughter to give birth. From the story:

The world’s first mother-daughter uterus transplant could take place next year in Sweden, the head of an international research team in the western Swedish city of Gothenburg said Tuesday. “We have reached a stage where we have started to plan for a human transplant and we are investigating 10 pairs, most of those are mother and daughters,” Mats Braenstroem told AFP, adding the first of such transplants could take place “hopefully at the beginning of next year.” He added that transplanting a womb from a woman to her daughter would be a world first, although a uterus transplant between two unrelated women took place in Saudi Arabia in 2002.

I don’t think this should be done. The donor’s body is not going to be violated (in the non pejorative sense) to save a life, but permit the recipient’s deeply desired dream to come true. I understand and empathize with the yearning, but is it worth the donor dying or health complications should that unlikely event occur? At some point, do doctors have to refuse to “harm” the donor — even if that is what the donor wants? I think so, and that probably makes three of us — me, myself, and I.

This story brings up another issue: Our odd ethical relationship with procreation. On one hand society countenances moving heaven and earth to allow a woman to have a baby — or pay others to be “gestation carriers,” for eggs, etc. We test IVF embryos for eugenic and health quality control and throw the spares away as medical waste or turn them into research resources. And if the developing fetus doesn’t meet quality standards, the once urgently desired child is simply aborted — which can happen even if the yearned-to-be-mother simply changes her mind.

“Choice” is the be all and end all in the world of procreation today. But there should be reasonable parameters. Yeah, and there should be permanent peace in the Middle East too, Wesley.

We Should Have Right to Consent to “No CPR”