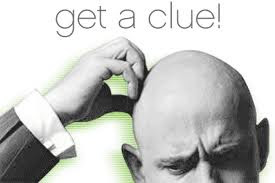 I don’t know what the cause is, but a NYT story seeking to motivate people to demand that the Feds pass a law allowing the NIH to fund ESCR in the wake of the Lamberth decision ruling that doing so violates current federal law, gets a lot of things wrong. Let’s start with what the writer doesn’t report. First, he lays out the supposedly dire stakes for stem cell researchers. From the story:

Perhaps more than any other field of science, the study of embryonic stem cells has been subject to ethical objections and shaped by political opinion. But only a year after the Obama administration lifted some of the limits imposed by President George W. Bush, a lawsuit challenging the use of public money for the research and a conservative shift in Congress could leave the field more sharply restricted than it has been since its inception a decade ago. At stake are about 1,300 jobs, as well as grants from the National Institutes of Health that this year total more than $200 million and support more than 200 projects.

I don’t doubt this is true, but it isn’t nearly the whole story. ESCR has been bountifully funded in this country. Even if you took away all federal support, in the Bush years alone state and private funding for the sector amounted to nearly $2 billion by 2007. Indeed, in California, the CIRM is permitted — if it wishes — to fund $300 million a year in ESCR experiments. Surely that is relevant to a story on how the sector would be impacted if the Lamberth decision is ultimately upheld.

If one didn’t know the facts about the field, one would think that only embryos can provide pluripotent stem cells:

The stem cells, which are thought to have curative potential for many diseases because they can be turned into any kind of tissue in the human body, can be obtained only by destroying a human embryo, which many Americans believe is the equivalent of a life…Embryonic stem cell researchers who stand to lose their federal grants as a result argue that other types of stem cells do not have the same properties, and that all need to be studied regardless to determine which work best. They bristle at the intrusion of judges and politicians into decisions usually addressed by the peer review process, in which experts in a field comment on the merit of an idea and the best get financed.

As you probably know, IPSCs are advancing exponentially, to the point they are used in drug testing specific diseases. One would think that worth at least a mention. And, the story gets this supposed fact flat out wrong:

Yet even some who believe there is a compelling scientific rationale for their research agree that the legal basis for federal financing may be weak. “I was astonished that Congress hadn’t dealt with this,” said Stephen Duncan, a stem cell researcher at the Medical College of Wisconsin, who stands to lose several million dollars in federal grants depending on the dispensation of the case. “It’s like being a little pregnant. You’re either breaking the law or you’re not.”

Mr. Bush, who in 2001 limited federally financed researchers to working on roughly two dozen stem cell lines already in existence, twice vetoed legislation that would have explicitly expressed support for financing the contested research. No such legislation has been introduced under President Obama, but the administration expanded the number of stem cell lines researchers could study.

Excuse me, but the DeGette/Castle/ bill — filed in 2009 — would do precisely that, as well as fund human cloning research. Arlen Specter recently filed a companion bill to try and rush the law through before the new Congress takes over. If reporters covering the stem cell issue — and assisted suicide, and animal rights, and bioethics, and other issues we bat around the court — would just read The Human Future, they would do a much better job of reporting.