Baby Isaiah: Refusing to be a “Selector” of Who Has the Right to Live 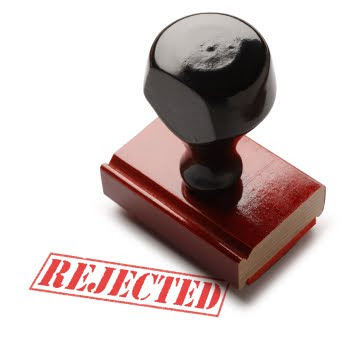 I have written before of the futile care case in Canada involving “Baby Isaiah,” an infant who experienced a severe brain injury during a very long labor process. When the physicians sent a letter stating they would unilaterally cease life support, Isaiah’s parents sued.

These futile care cases are fundamentally important, not only to the individuals involved in very difficult circumstances, but because they involve our most fundamental duties to our most seriously ill and disabled brothers and sisters. In a very good column, a Canadian physician gets to the nub of the issue. From “Baby’s Staus as Human on Trial,” by Dr. Joel B. Zivot:

As a physician, I specialize in the management of the weak and disabled. My task is clear: restore an individual’s health if I am able, and protect my patient’s rights as a human being. I must state categorically that I am not a vitalist. Patients may choose to decline my treatment and as a consequence, die. I will support this choice but need not enable it.

That a doctor feels the need to defend his defense of the equality/sanctity of human life by assuring readers he is not a vitalist–keeping people alive by every means necessary whether they want it or not–illustrates how far we have slouched toward accepting the discriminatory “quality of life” ethic. Even though I have been a hospice volunteer–clearly not vitalistic endeavor–I am often similarly accused.

But back to the good doctor:

In my investigation of Isaiah, I learned that he had gained weight, moved and breathed occasionally on his own. His photos displayed an infant who by all accounts seemed normal in appearance apart from some paraphernalia of the critical care trade. Although the issue before the court is the degree of brain injury incurred by Isaiah, I realize that it is Isaiah’s status as a human being that is on trial. In contemporary thought, once born, humanity is considered automatic and should not be revoked by disability. The yardstick of being a human being is set too high for Isaiah. Discussion on the prediction of degree of disability, including mental capacity, is not relevant as are counter-arguments based on the physical appearance of normalcy. All that really matters, to be blunt, is if Isaiah is dead or alive.

In other words, we shouldn’t deprive Isaiah of efficacious medical treatment based on our disdain for his possible future disability any more than we would based on his race or ethnicity. Regardless of what his future holds, he has as much right to be treated as a fully human beings as any other patient. Dr. Zivot continues.

As a physician, I am profoundly concerned that I am allowed by college decree, or worse, potentially by statute, to take a life, as an agent of the state. I refuse to be a selector. My moral obligation as a physician demands that I not participate in the debate except to say that I treat all human beings the same. This rationing debate feels like code to me for something more sinister. There is no more important consideration to me than guarding against the abuse of my professional power in the way that I deal with vulnerable people who seek my care.

Yes, that is the heart of medical professionalism, the precise principle very much at risk in futile care theory and health care rationing.