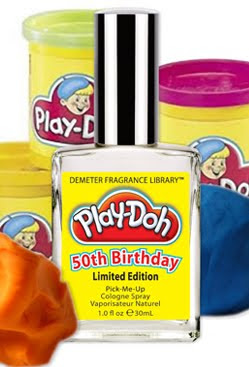 I have been watching the libertarian love affair with Utopian transhumanism for some time. It seems odd to me. Libertarians tend to see themselves as hard-headed realists about the motives and hearts of men. But whenever they get a whiff of the futurist opium, many of the movement’s leading lights seem to careen off into hazy unreality.

The latest example is in the March 2010 Reason (no link), in which Tim Cavanaugh pushes for transhumanists to stop relying on technology to achieve post humanism, and instead throw as much novel genetic engineering on the wall as possible, and then see what sticks:

I’ve always been less excited about what human enhancement can do for me than about what it can do for the future: manipulation of human genetic material to produce lasting, reproducible new breeds of people…

I still entertain visions of my kids as the Three Chinese Sisters, with more useful traits: a superstrong one, a superintelligent one, and one who can fly. But even this fond fantasy rests on the idea of letting new types exist and seeing what happens, not on guaranteeing outcomes through artificial intelligence or worse, the kind of national conversations you see in presidential bioethics panels.

Why we would want to create post human progeny remains a mystery to me. For the libertarian, perhaps it is all about enjoying uninhibited personal license. But this is about what is done to other people, not oneself. Or, perhaps it is merely the mountain climbed because it is there–except in this case, it isn’t. This is all a fantasy.

But fantasies can lead to true horror–as in the nightmare of the Master Race and eliminating the so-called “unfit” from the human “germ plasm” did during the eugenics purges. And that is what is so dangerous about transhumanism: It is decidedly eugenic in philosophy and desired outcome. Indeed, libertarians–who so often reduce every human interaction to crass market economics–apparently agree with transhumanists that human bodies–of progeny, no less–are just so much Play Doh with which to have fun molding.

At least that’s how Cavanaugh seems to see things. He concludes:

Better machines and longevity treatments have the attention of the human enhancement community now, but the real fun, and the real mystery, will be found in creating varieties of people, who in turn will have concerns and beliefs and bodies that differ radically from our own. Will all those differences be attractive or adaptive? The beauty of evolution is that we can’t know the end–but we can get more skillful in crafting our part of the beginning.

Nonsense. Genetic tinkering of the sort described by Cavanaugh wouldn’t be evolution–at least in the sense of an undirected process of species change and improvement via natural selection trial and error. Rather, we might label the idea wicked intelligent design, or more accurately, unintelligent design, since we aren’t smart enough–and more importantly, wise enough–to even begin to play the game of “Let’s Make a New Species.” And even if we were, it would be wrong to experiment with the lives, health, psyches, genomes, and well being of other people.

I’m tired and I’m not going to take it any more!