New Study out of Canada Points to More Reckless IVF 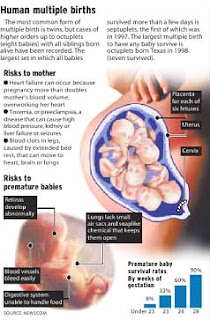 The Canadian Institute for Health Information has a new study out showing over the last decade a 25% increase in premature births (babies delivered before 37 weeks). The report notes that mothers over 35 years of age are at a 10% higher risk of pre-term delivery and that pre-term delivery in mother’s with “multiples” (twins or more) have a whopping 17% higher chance of premature birth. The study rightly points to the increase in the use of in vitro technologies as causing the explosion in multiple births.

Naturally this is not good news for women and their babies.

I’m not sure that I wholly agree with neonatalogist Annie Janvier’s assessment of the situation in Canada. She blames these statistics on the “irresponsible governments that don’t encourage women to have families early”.

I wonder if she really believes government should be telling people when to have their children? I agree that the reality is our fertile bodies are most fertile when we are young, but to blame the government?

I do agree with Dr. Janvier’s criticism that fertility medicine is reckless by implanting multiple embryos at a time, giving increase to multiple births which are harmful to the babies and put pregnant moms at risk. And I would add the harmful risks of superovulation which allows multiple eggs to be produced and thereby multiple embryos to be created. The whole industry, and I believe it is an industry, is off the rail. 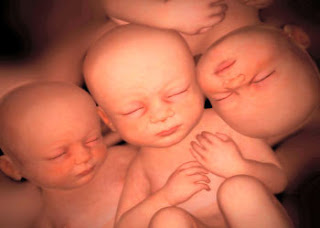 If You Ask Us, We Want Life!