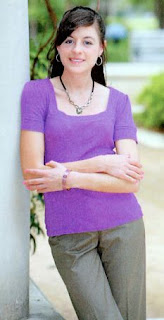 Here’s another story out in the London Daily Mail on anonymous sperm donation. This story raises the issue of the “hidden health risks” when you don’t know half of your biological history. Kathleen LaBounty, pictured here, is a young woman I know. We’ve chatted and emailed back and forth and will be actually running a feature piece on her next week – stay tuned!

Anyway, the point of this story is the unknowns may actually put you at medical risk.

Like Stella, diagnosed with skin cancer said, “had I known I had any family history of skin cancer, I might have spent much less time baking in the sun.”

Plug in any illness. Had I known my father died of stomach cancer, I may have had early screenings and testing done. Had I known there was a strong family history of heart disease, I might have been more attentive to my diet and exercise habits.

Of course the same situation occurs with children conceived by egg donation. But reality is, many egg donation children NEVER will know that they were created this way since they grow up seeing pictures and hearing stories about their mother’s pregnancy.

Genetic secrets should not be allowed. Kathleen should not have had to spend so many years in search of her biological father.

“PVS” Patient Communicates “Not in Pain!”