Lupron, one of the drugs commonly used in the practice of ovarian stimulation procedures, is one of the baddies which the FDA should investigate. Actually, I have called upon people in higher powers to ask the FDA to investigate the 1000s of 1000s of Lupron related complaints and Lupron related deaths they already have sitting on their desk. But so far, to no avail.

I received this from someone yesterday on “what your doctor doesn’t tell you about Lupron”.

“It is unfortunate that the many patients suffering long-term negative effects of this drug are disbelieved by society and the medical industry. This may be due largely to the fact that Lupron® is among the most widely promoted drugs. The PR and marketing giant known as Takeda Abbott Pharmaceuticals spends billions of dollars advertising and promoting this drug every year, as well as providing enticing incentives to physician to prescribe it to their patients.”

And this (I’ve heard rumors that IVF specialists get nice paybacks for giving these drugs).

“Of greater concern is the practice by which the drug is peddled. Your doctor may not have told you that in a recent federal lawsuit, TAP pleaded guilty and paid out over a staggering *$875 million* in criminal fines, restitution and civil penalties for their illegal marketing, pricing manipulations, and unethical sales practices to induce doctors to prescribe Lupron®. The suit, brought under the federal Racketeer Influenced & Corrupt Organizations Act (RICO) represents the largest pharmaceutical fine in history.”

Lupron is a category X drug too, which means, do not get pregnant while taking this drug.

Biggest Winners and Losers of 2019 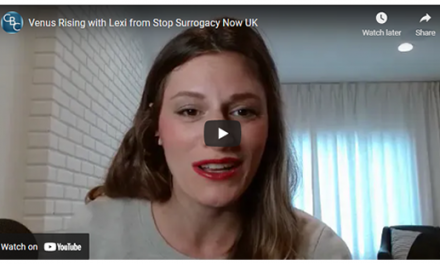