If I Could Save Time in a Bottle 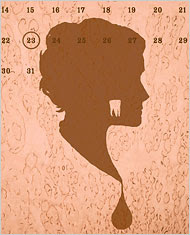 Have you noticed that with each passing day, we have a new market to bank and save something from our bodies. We can bank our eggs and sperm. Our babies umbilical cord blood. Our own blood. Our surplus embryos. And now, a company called Cryo-Cell International says “menstrual fluid contains stem cells that might one day be used for medical treatments.”

Using the slogan, “Your Monthly Miracle”, Cryo-Cell offers, “for a fee, to collect and store cells from the fluid for a woman’s future use.”

Caveat Emptor – Buyer Beware. The company has published no data that their claim works.

October News from the CBC!