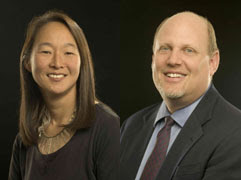 Mildred Cho and David Magnus at the Stanford Center for Biomedical Ethics at Stanford University have a pretty good piece here on the therapeutic misconception of stem cell research.

Of particular interest is their caution to stem cell researchers. First, they’ve over sold their case by promising saved lives and therapies that still don’t exist.

Their second point is of key interest: “some stem cell research will depend upon participation of a class of individuals who are not patients and also not research subjects—egg donors—and for whom a different type of therapeutic misconception can exist.”

Curious since the Declaration of Helsinki which is to guide ethical principles in the use of human subjects for medical research appears to be violated here!

This Week in Bioethics #109