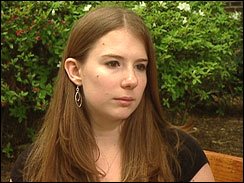 Lisa wants you to know, “it’s not just a check” but also, “people’s whose lives are changing.” The $40 million dollar a year, mostly unregulated egg donation industry in the U.S., continues to heavily recruit from young college girls. Debora Spar, a Harvard Business School professor who has just written a new book, The Baby Business: How money, science and politics drive the commerce of conception says, “It isn’t just a product like bottled water or potato chips,” she says. “People are selling genetic material and hope.” Young girls like Lisa haven’t thought of the emotional and physical consequences of helping infertile couples have the baby of their dreams. We as a society haven’t thought about these consequences. A pediatrician in Michigan, who made extra money in med school estimates that he gave some 200 plus sperm donations over the course of about 5 years. He has now been contacted by several of his ‘donor children’ who have wanted to know who their biological dad is. He has reflected on his actions during medical school, and now as a pediatrician he is concerned as he has learned two of his children are being raised in single parent homes. Funny no one seems to be focused on the well being of the children.

Mercy Killing in the Big Easy