An experimental technique for creating embryos with three biological parents appears to be moving toward an okay from the FDA. Ostensibly to prevent mitochondrial disease, the experiment would use one genetically modified egg (with the nucleus from another egg), and sperm to create a new human life via IVF.

Now, an FDA committee is holding hearings (on Feb 25-26) to determine whether to allow the technique to be used to bring babies to birth. From the Science story:

In the United States, FDA has said it has the power to regulate any transfer of mitochondrial DNA in embryos, because it is a form of gene therapy.

At least one researcher, Shoukhrat Mitalipov of Oregon Health & Science University in Beaverton, has asked the agency for guidance on what a clinical trial would require. (Mitalipov’s lab has produced seven monkeys born after mtDNA replacement.) Kahn, the ethicist, puts the key issue facing the panel this way. By mixing new DNA into the germ line, “we’re not treating humans. We’re creating humans. There’s not a model for that.”

Then there is the thorny issue of whether the technique should be used to treat infertility. Some reproductive biologists think that faulty mitochondria—or perhaps other factors in the egg cytoplasm that are exchanged in mtDNA replacement techniques—might be one of the key reasons fertility falls in women in their late 30s. They say that the procedure could help such women conceive, but critics say there is little animal data to support the idea.

I’ve written about this before–and in fact, was labeled with the “anti-science” pejorative for opposing three-parent embryos on safety and ethical grounds.

These issues are significant. Animals created through this method have had significant health issues. Making babies through this process would, in my opinion, constitute unethical human experimentation.

There are also significant ethical issues. For example, what would it do to family life were children to have three biological parents? Should the process be opened to lesbian couples so that both could be genetically related to a child one bears–which is impossible today?

Then, there are all the children out there begging to be adopted as we move heaven and earth–and spare no expense–to make it so that everyone who wants a biologically related child can have one.

We live in an age in which we believe we are entitled to what we want. So, look for the manufacture of 3-parent IVF embryos to eventually become part of reproductive medicine–the considerable expense for which required by law to be paid for by health insurance.

Breeders at the Roxie

Comatose Man Not Really “Poised to Be an Organ Donor” 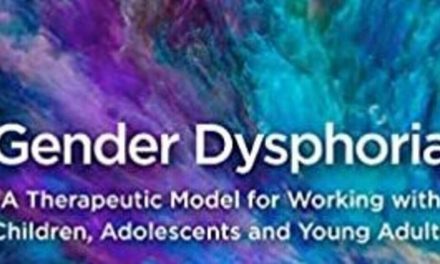