Every once in a while I like to check in on the machinations of the transhumanists and their immorality materialist eschatology. I oppose transhumanist theory because of its inherently eugenic premises and proposals, it’s anti human exceptionalism, and most especially, its presumption of the right to genetically engineer progeny to fulfill their own purposes — in essence, a robbing of the children’s freedom. Plus, it is a new ubermenschen project — and those never end well. And understand, transhumanist values are what I am primarily concerned about. Immortality? Not gonna happen on this plane of existence.

But I will give them this: They are are earnest — which would be expected since transhumanism is a form of religion. And so, like theologians always do, they explore every nook and cranny of transhumanist theory.

In our latest edition, George Dvorsky explores the problem of immortal boredom. And apparently, one of the solutions is suicide! Ha! From, “Would It Be Boring If We Could Live Forever?”:

Walker is fairly convinced that some people will be bored in the future. “The larger question that needs to be asked,” says Walker, “is if life could ever get so boring that death would be preferable?” And indeed, Walker predicts that some people will get so profoundly tired of life that they will choose to opt out. “The unhappiest people may commit suicide,” he says, “but the remaining people will be less likely to be dissatisfied with their lives.” He contends that, as time goes by, a kind of self-selection effect will occur, resulting in a remaining population that’s more impervious to boredom.

He also points to the realization that humans of the future will be something very unlike version 1.0. “By that stage,” says Walker, “humans will have dramatically changed themselves. And because boredom is an inherently psychological issue, he speculates that future humans will choose to deal with the condition from a neurological perspective. “I can imagine, for example, a way to compartmentalize memory, “he said, “by putting blocks around memories so that we can revisit experiences as if for the first time.”

Essentially, Walker believes that we’ll eventually develop the the technological means to overcome psychological boredom. Walker advocates what he calls ‘experimental ethics.’ His general sentiment is that we should give radical life extension a try and see what happens. We may very well discover that, after a certain period of time, people start to get weary of life and opt right out of it.

And don’t forget the Soma. If they could do it, the immortals that didn’t attend to an End the Boredom Now! franchised euthanasia clinic, would end up drugged out of their minds — oh, excuse me, neuro-ethically altered to achieve bliss states of higher consciousness. Because stripped of its pretensions and futuristic allure, transhumanism is really a neurotic flight from — and almost a pathological aversion to — suffering and the fear of death. Huxley warned us about these guys back in 1932.

They Still Really Want to Kill for Organs

It stinks so bad I have to pinch my nose 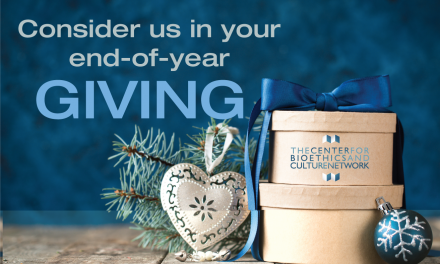