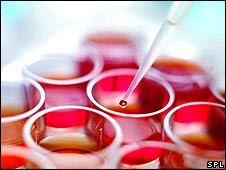 But today there is BREAKING news here and here.

From the BBC story:

A boy treated with foetal stem cells for a rare genetic disease has developed benign tumours, raising questions about the therapy’s safety.

Israeli doctors removed the abnormal growth from his spine and tests suggest it sprouted from the stem cells.

Critics say the finding is evidence against the controversial therapy.

Apart from the ethics of using cells taken from embryos, opponents say there are big safety concerns.

Here is the link to the journal article on the boys case.

D.C. No Suicide Coalition Speaks Out Against Physician Assisted Suicide

IVF: Why we must be told the truth over birth defects