Rent-a-Womb Is Where Market Logic Leads 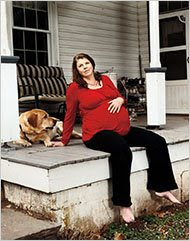 Thomas Frank has an excellent piece over at the Wall Street Journal today. WSJ is on a two-day roll for me – hat tip to you! Specifically, he draws attention to this woman’s story.

Frank does an excellent job of exposing the underbelly of IVF and surrogacy where the rich exploit the poor. The have’s and the want to have mores at the expense of those who don’t have but need – often money.

Frank writes, “Surrogate motherhood has been the subject of much philosophical and political dispute over the years. To summarize briefly, it is a class-and-gender minefield. When money is exchanged for pregnancy, some believe, surrogacy comes close to organ-selling, or even baby-selling. It threatens to commodify not only babies, but women as well, putting their biological functions up for sale like so many Jimmy Choos. If surrogacy ever becomes a widely practiced market transaction, it will probably make pregnancy into just another dirty task for the working class, with wages driven down and wealthy couples hiring the work out because it’s such a hassle to be pregnant.”

Stars like Dennis Quaid and his wife have used a “gestational carrier” to have their twins. I’ve always objected to that term – it sounds like some kind of aircraft!

My Daughter Has 100 Siblings