On September 13, CBC Founder and President Jennifer Lahl testified by phone before the Minnesota Legislative Committee on Surrogacy. The committee is holding a series of meetings on the issue this summer, and this meeting focused on the medical and psychological risks of surrogacy to women and children. CBC Executive Director Matthew Eppinette testified before the committee in July, and you can read his testimony here.

Dear Members of the Minnesota Legislature,

Today I’ve been asked to bring my expertise to clarify the medical and psychological risks for surrogate mothers, and to explain the process it takes for these women to get pregnant.

By way of background, I spent my first career in pediatric critical care nursing for nearly 20 years (at UCSF Medical Center, UCLA Medical Center, and Children’s Hospital Oakland). For the last 16 years, since completing my graduate degree in bioethics, I founded and run the Center for Bioethics and Culture. One of our core issues is the ethics of third-party assisted reproductive technologies. Surrogacy and IVF technologies depend on these new modern technologies.

On October 12, 2015, my organization sent out a press release reporting on the death of surrogate mother Brooke Brown. Brooke lived in Idaho and died on October 8, along with the twin babies she was carrying for a couple in Spain, where surrogacy is illegal. She was scheduled to deliver full term twins by cesarean section, but she and the babies died due to placental abruption. Brooke was a wife, a mother to her three small sons, and had been a surrogate mother to five babies.

pregnancy complication known as abruption of the placenta, underscores the ethical problem with asking women to serve as surrogates for non-medical reasons. To the family of this unfortunate woman, the reason she was surrogate does not matter right now. However, for those of us who defend the practice of compensated surrogacy in the United States, it is an important reminder that the practice should only be allowed for legitimate medical purposes. Dying from a pregnancy-related complication is so rare in the U.S., that many people take it for granted and feel it is acceptable to transfer the risks of pregnancy to another woman. Somehow, a tragedy like this seems less egregious, if the surrogate mother was doing it for a woman who otherwise could not have a child.

Those who are proponents of surrogacy, whether commercial or altruistic, will tell you that pregnancy is safe and that these women suffer from no additional health risks. This is simply not the case. And there is much in the medical literature to point to the health risks not only to the women but also to the babies they carry.

Dr. T. Allen Merritt, et al., at Loma Linda University in California, published an important study in the World Journal of Obstetrics and Gynecology titled, “Outcomes of surrogate pregnancies in California and hospital economics of surrogate maternity and newborn care.” His study looked at two years of surrogacy in their institution.

Their analysis of the 69 infants delivered from surrogacy between January 1, 2012 and December 31, 2013 found “an increase in multiple births, NICU admission, and length of stay with hospital charges several multiples beyond that of a term infant conceived naturally and provided care in our nursery. Among singletons and twins (per infant) hospital charges were increased 26 times (P < 0.001) and in triplets charges were increased 173 times (P < 0.0001) when compared to a term infant provided care in their nursery at” Loma Linda.

During this same time frame there were also, from surrogate pregnancies, four infants who “died soon after birth due to extreme prematurity (although the legalized parents refused resuscitation for 24 wk twins). There was one fetal death in a twin pair, and the surviving infant was classified as a singleton, and among a triplet gestation there was fetal reduction of one fetus, and the infants born were classified as twin.”

Women are in high-risk pregnancy centers because of the health risks to them and the babies conceived this way.

A Surrogate pregnancy is not the same as a natural pregnancy because of the drugs women typically have to take in order to prepare her uterus to receive an embryo and to allow that embryo to implant and produce a healthy baby.

One surrogate, Julia, who contacted me after the release of my documentary film Breeders: A Subclass of Women?, describes her experience with the drugs:

I had to take hormone shots for about 8 weeks at the beginning of the pregnancy, I was hit hard with depression after the hormone shots ended. I was unable to work for 5 weeks. I was suicidal and had to be admitted to a psychiatric ward for four days. I refused to take anti-depressant medications for fear they might harm the baby

Women pregnant with “foreign embryos”—since the embryo DNA is from a donor egg (e.g., the intended mother’s egg)—are at a threefold risk of developing pregnancy induced hypertension and pre-eclampsia, which also place the baby at risk.

Because these technologies are very expensive and have such a high failure rate, surrogate mothers often carry multiples, which carries increased risks for the woman and children.

Surrogate mothers are most often delivered by C-Section, which adds additional risks.

There are also psychological risks (which of course are medical risks) from the hormones women take, from severing the maternal bond, from denying the baby colostrum and breast milk, and from the loss of the benefit to mothers during breastfeeding, which promotes maternal/child bonding and post-natal healing of the woman’s body.

Thank you for hearing my testimony. 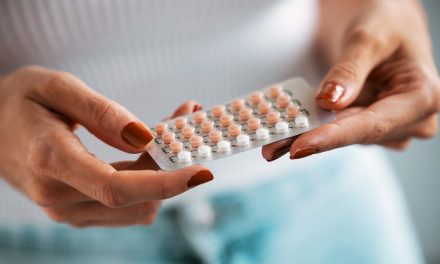 Debate on the Business of the Pill Continues