Writing in Slate, Jane C. Hu uses the high profile stem cell research lies we have seen in recent years to launch into an interesting article entitled, “Why Do Scientists Commit Fraud?” She discusses the recent bogus claim that skin cells could be turned into stem cells with chemicals (not the same thing as the actual breakthrough of induced pluripotent stem cells.)

She gets into cases I have also written about, such as the Hwang Woo-suk cloning fraud of several years ago and other stem cell bogus studies. She then gets into some of the usual reasons given for science fraud:

In reality, the world of science can be cutthroat and isolating, with little oversight. Stem cell research is certainly not the only research field with a fraud problem, but it has all the right elements to motivate dishonesty: It’s a cutting-edge field with the potential to discover treatments for human diseases; it attracts highly competitive people who are all scrambling to make the next big discovery; and that discovery must be made, written, and published before any competitors can catch up.

Add to that an academic culture that places ever-rising pressure on researchers to churn out publications in order to land jobs or tenure—especially publications in high-impact journals like Nature and Science—and you begin to see why researchers resort to cutting corners or massaging their data.

That is all true, but in the stem cell field, I also blame the media.

Why? Think about the many stem cell stories written and broadcast over the last ten years. Media has repeatedly and wildly hyped the field to the moon as bringing immediate CURES! CURES! CURES!

With few caveats or doubts, many of the world’s most notable publications and broadcasters all but promised that children in wheelchairs would walk and Parkinson’t patients would be healed–or they amplified these irresponsible claims from politicized scientists without a grain of salt or a shadow of doubt.

Media did repeated puff profiles of researchers supposedly–but, it turned out not–on the verge of huge breakthroughs.

Media’s obsession with destroying President George W. Bush also caused many science reporters to wrongly describe the Bush policy and blame him for cures not yet found.

So, while media certainly isn’t the only reason for science fraud in the stem cell field, I do think their irresponsible reporting and boosting is a big factor. All of that hype and potential adulation can push those with weak characters or ruthless ambition over the line. 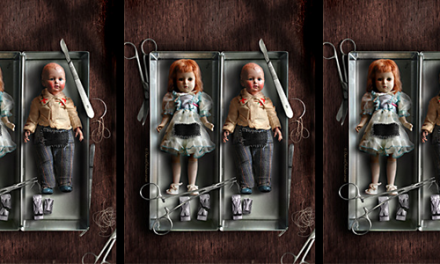 IVF in the news