Now is the Time to Stop Three-Parent IVF

The UK rubber stamp Embryo Authority has approved the manufacture of three-parent human embryos. The process is done by removing the nucleus from the egg of one woman, putting it into the enucleated egg of another, and then fertilizing with sperm. Voila, three biological parents.

The approach is supposed to enable women with mitochondrial disease—who would be the nuclear donors—to bear biologically-related children without passing on the disease, since the mitochondria will be supplied by the egg of the second woman. But you know the way things are today, uses for the technique wouldn’t stop there. At some point, polyamorous threesomes or lesbian couples desiring to have children biologically related to all partners will also demand access. Considering the way medicine is now applied to facilitate lifestyles—and given the huge money to be made—who believes IVF clinics would say no?

Sometimes lines have to be drawn in the ethical sand. If we are going to stop three-parent IVF, it will have to be now.

The arguments against three-parent IVF involve both safety and ethics. We already know that children born via IVF have poorer health outcomes than children conceived naturally. The danger would probably be even more pronounced with three-parent reproduction.

For example, the technique literally uses broken eggs. Mammal cloning—which involves a similar genetic modification of eggs—can lead to terrible developmental problems during gestation and born clones often have significant health concerns. For example, Dolly the sheep died before her normal lifespan, perhaps as a consequence of being a clone.

Safety concerns are not merely conjectural. A recent study published in Science warned against moving forward with the technology because of significant health issues seen in three-parent mice. From the article:

Studies on model organisms, ranging from mice to fruit flies, indicate that MR [mitochondrial replacement] can profoundly change the expression profiles of nuclear genes and affect a range of important traits such as individual development, cognitive behavior, and key health parameters. These studies also suggest that males of reproductive age are particularly sensitive to MR-induced effects.

Some might say, “Oh well, just use sex selection before implantation to prevent the birth of males.” Not so fast. Sex selection is also unethical. But even if one doesn’t agree, note that “females were not studied” in these animal studies.

Even successful animal experiments wouldn’t guarantee healthy human application. Sure animal models are helpful in predicting outcomes, but there are often significant in human application. The only certain way to study the safety of human three-parent IVF would be to conduct the kinds of experiments now only permitted in animals studies—e.g., aborting fetuses or euthanizing subjects at different stages of development and then studying their bodies.

We won’t do that (I would hope!). This means that creating three-parent children will require acting despite our ignorance of potential health outcomes—amounting to blatantly unethical human experimentation.

That isn’t all: It might not just be eggs that will be broken in three-parent IVF—but potentially existing embryos. A different approach to the technology involves destroying two embryos and using their constituent parts to manufacture a third.

Three-parent IVF would further the commodification of reproduction—adding to the meme that people have the right to have a baby by any means they desire—and to have the kind of baby they want. Moreover, it would further the radical social engineering of family life. For example, in a different context, the California Legislature recently passed legislation allowing a child to have three legal parents (vetoed by Governor Jerry Brown). If enacted, such laws would not fit snugly around the proposed IVF technology without the preferable legal status of three biological parents even being debated.

I understand that want-to-be mothers suffer great anguish when deciding not to become pregnant because of a heritable genetic condition. But surely, that can’t be the only consideration. The welfare of future children and the moral health of society must count for more.

And here’s the good news: Refusing to allow three-parent IVF would not mean that all is lost for those yearning for a child. There are so many parentless children waiting to be adopted. There is so much love to be shared and received by parents and children without opening the door to unsafe—and ethically contentious—means of building a family.

Post Script: The United States Federal Drug Administration’s Cellular, Tissue and Gene Therapies Advisory Committee will be holding a public hearing to “discuss considerations for the design of early-phase clinical trials of cellular and gene therapy products” including the three-parent IVF method. The public has until October 15 to send in written comments. If you are interested in making your views known, follow this link for more information.

CBC Special Consultant Wesley J. Smith is also a senior fellow at the Discovery Institute’s Center on Human Exceptionalism and a consultant to the Patients Rights Council.

Assisted Suicide case in Supreme Court not about ‘States Rights’ 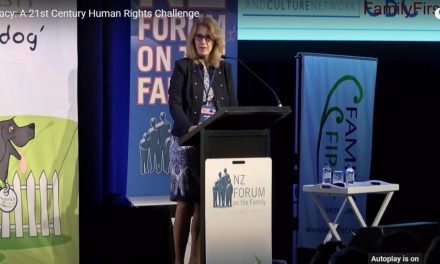