The Attack of the Raging Secularists

I will be doing an every-other-Friday column for First Things’ “On the Square,” and am most pleased. Today, I illustrate how bioethical issues have become the battle ground for a secularist assault against freedom of religion, by seeking to shrink the core liberty to a straight-jacketed “freedom of worship.” From the piece:

Everyone has the right to freedom of thought, conscience and religion; this right includes freedom to change his religion or belief, and freedom, either alone or in community with others and in public or private, to manifest his religion or belief in teaching, practice, worship and observance.

That’s unequivocal. Freedom of religion means the right to live according to one’s own faith, that is, to “manifest” our religion or belief in practice, both “in public or private,” without interference from the state.

These days, that and $2 will buy you a small cup of Starbucks’ coffee. Strident secularism is on the march and freedom of religion is the target, with secularist warriors attempting to drive religious practice behind closed doors be redefining religious liberty down to a hyper-restricted, “freedom of worship.”

What’s the difference? Under freedom of worship, the Catholic and Orthodox churches both remain perfectly free to teach that the Eucharistic bread and wine transform into the body and blood of Christ. Muslims can continue to require women to be segregated from men at the mosque. But outside worship contexts, the state may compel the faithful to violate their faith by acting in accord with secular morality rather than consistently with their dogmatic precepts.

At this point in the discussion, opponents of freedom of religion may bring up the Aztecs, arguing that a robust view of religious liberty would require allowing children to be sacrificed to pagan gods. Not so. Even fundamental liberties are not absolute. The law properly prohibits religious practice when there is a compelling government interest. For example, the state can force a Jehovah’s Witness child to be given life-saving blood transfusions even though doing so violates Witness dogma.

Here’s the bottom line. If the freedom of worship assault against freedom of religion succeeds, creed-motivated philanthropic and service organizations such as the Salvation Army, Catholic Charities, and religiously sponsored schools, hospitals, nursing homes, pregnancy counseling centers, etc., will be forced to choose between acting contrary to their faith and closing their doors. That would not only make our society far less free, but would materially harm the millions of men, women, and children whose lives are immeasurably benefited by faithful people practicing their religion in the public square.

Bioethics isn’t the only battlefield of the attempted secular imperialism, but it is one of the biggest and most consequential. 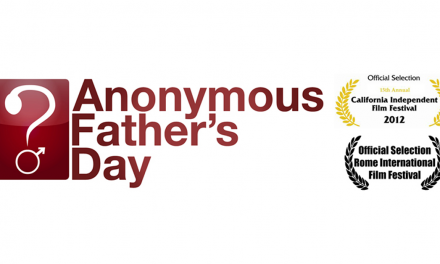 “Extraordinary” Kevorkian a Disturbing Sign of What is Wrong With Us