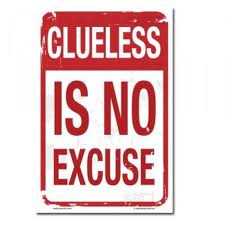 Peter Singer, the crass infanticide and “speciesism” promoter is an atheist. Bully for him, and who cares? But his antipathy toward faith may explain his hostility to, and utter confusion about, religious liberty.

First, he tries to redefine the meaning of “freedom of religion.” From, “The Use and Abuse of Religious Freedom:”

When people are prohibited from practicing their religion — for example, by laws that bar worshiping in certain ways — there can be no doubt that their freedom of religion has been violated.

That’s the old attempt to shrink “freedom of religion” to “freedom of worship,” an advocacy slight of hand used previously by President Obama. But the practice of religion isn’t limited to the ceremonies and rubrics of worship. Rather, the exercise of one’s religion involves how the faithful live their lives outside of the church, synagogue, temple, or mosque — whether as individuals or in juridical associations and religion-related institutions and organizations.

But Singer believes that the government can force religious institutions to act against their religious beliefs or retreat behind monastic walls:

Likewise, the Obama administration’s requirement to provide health insurance that covers contraception does not prevent Catholics from practicing their religion. Catholicism does not oblige its adherents to run hospitals and universities. (The government already exempts parishes and dioceses, thereby drawing a distinction between institutions that are central to the freedom to practice one’s religion and those that are peripheral to it.)

Of course, the Catholic Church would be understandably reluctant to give up its extensive networks of hospitals and universities. My guess is that, before doing so, they would come to see the provision of health-insurance coverage for contraception as compatible with their religious teachings. But, if the church made the opposite decision, and handed over its hospitals and universities to bodies that were willing to provide the coverage, Catholics would still be free to worship and follow their religion’s teachings.

No they wouldn’t. How one acts “in the world” is viewed as a direct reflection of the depth of one’s faith. Thus, Catholic hospitals were established precisely to fulfill the religious obligation of Christians to care for the sick and vulnerable. Their universities were established and designed, in part, to educate students about Catholicism and to propagate the faith, another religious obligation.

Moreover, the First Amendment of the United States Constitution explicitly forbids the U.S. Government from infringing the people’s “free exercise” of religion. This right isn’t absolute, to be sure. But it is fundamental and requires a “compelling state interest,” to overcome — say, for example, a return of the Aztec faith that sacrificed children. I’m sorry, but forcing women to pay for their own birth control doesn’t cut it. (The regulation also appears to violate a federal statute protecting religious practice.)

Singer, one might say, is an Australian, and so has an excuse for his ignorance about American freedom. Sorry, I’m not buying. The truth is, as a utilitarian, he doesn’t believe in “rights,” or liberty. He doesn’t care about freedom of religion. He embraces utilitarian outcomes — which have little to do with individual liberty or organizational freedom.

And therein lies the risk of authoritarianism. By seeking to hollow out freedom of religion and render it impotent freedom of worship — Singer seeks to impose secular values on everyone who acts in the public square. And if you didn’t like it, just get out of Dodge.

Comply or get out! That’s Singer’s anti freedom message. But he should understand that once a society goes down that road, no one’s freedom is safe. Indeed, Singer’s call is akin the government passing a regulation preventing universities (like Princeton) from receiving federal funds if they hire utilitarian pro-infanticide philosophers as professors. And if the school administration doesn’t like the rule, they can just sell out to someone willing to prevent people with such dangerous views from teaching at the university. Comply or get out!

Of course, that too would violate the First Amendment. But because it doesn’t involve religion, no learned person would ever defend such an authoritarian imposition.

My Take On, “My Life, My Death, My Choice” FEN Billboards