The Trouble With Futile Care Theory 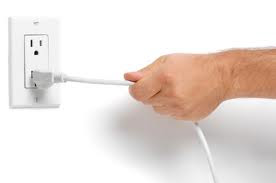 I was pretty teed off about the Canadian doctors trying to force Hassan Rasouli off of wanted life-sustaining treatment. Then, when I found out that even though they were absolutely wrong in their “certainty” that he would never wake up, they still were considering trying to force him off of treatment, I took to the Daily Caller to describe the case, but more broadly, to warn a popular audience about the danger Futile Care Theory poses to the ethics of medicine and patient autonomy.

Here are some summarizing points. From, “‘Futile Care’ Duty to Die May Be Coming to a Hospital Near You:”

At this point, several important points need to be made about futile care:

1. Futility is not a medical determination; it is a value judgment. Treatment is refused based on “quality of life” judgmentalism and/or “cost-benefit” analysis.

2. Futility makes patient autonomy a one-way street. For years, we have been told that patients should state in writing what they want or don’t want in the event they become incapacitated. Futile Care Theory makes refusing treatment binding for patients who want to die, but allows doctors/bioethicists the final say over the care of patients who expressed a desire to live.

3. Futility strips from patients and families the power to make medicine’s most important health care decisions and give it to strangers: That’s precisely what is happening in the Rasouli case.

Enough can’t be said or written about this topic. People need to be prepared.