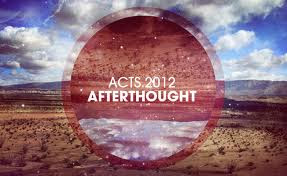 Central Control has released the “National Bioeconomy Blueprint” that outlines how the sector can transform our struggling economy into soaring prosperity, and how the government-business partnership will make that happen. Perhaps, but why do I keep seeing visions of the public money vacuum Solyndra dancing in my head?

But we don’t generally do economics here. So, I decided to see what emphasis our “national blueprint” would place on ensuring that we maintain proper ethical parameters around technologies that could include, human cloning, genetic engineering of human, animal, and plant life, creating synthetic organisms, using embryos or fetuses for their potential healing properties, testing new bioproducts on human beings, and etc. Surprise! There are more Obama speech pull quotes (9) than even mentions of the word “ethics” (1) and “ethical” (1), and no meaningful discussion about that crucial issue, other than what appears to be a worrying call to weaken human subject research protective protocols (p. 31). From the White House’s “National Bioeconomy Blueprint:”

The modification of biological organisms and construction and use of organisms not found in nature carry potential safety and security risks if misapplied, raising issues of responsible conduct including ethics, responsible use, and environmental awareness, among others. These advances raise important ethical and security issues that are also top priorities for the Administration, but go beyond the scope of this document.

Why are ethics “beyond the scope” of a national blueprint about how to develop the entire biosector? To the contrary, ethics have to be integral if we are not to lose our claim of being a moral society.

Think about it this way: Failing to detail ethical concerns about such a controversial sector is akin to the Bush Administration issuing a “Gas and Oil Shale Development National Blueprint,” and claiming that environmental protection was beyond its scope. Can you imagine the outcry? Why, people would think that environmental protection was not a serious concern to the administration, indeed, that it was merely an afterthought.