How Is Rent a Womb Different from Rent a Vagina? 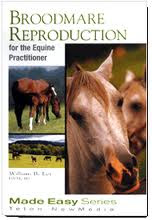 We discussed this legislation earlier, but I think there is more to add. Legislation in New Jersey would legalize commercial gestational carriage, as dehumanizing a term for a woman carrying a baby this side of “human brood mare.” From The Record story:

Supporters argue that these so-called “gestational carriers” are different from surrogates because the birth mothers are not using their own eggs but, rather, donated fertilized eggs. Under the proposal, women would give up their rights to the child and, in return, could be paid an uncapped sum for living expenses through their pregnancy. “I think people don’t understand the difference between a true surrogate and someone in a carrier role,” said Melissa Brisman, a Montvale-based attorney who used a carrier herself and now pairs clients with out-of-state women who will contract to become carriers.

Opponents — including a coalition of groups as diverse as the National Organization for Women and the socially conservative Family Policy Council — say the bill would violate the rights of all birth mothers and “lead to the radical creation of a breeding class that is exploitive of women.”

I’m with NOW on this. And please excuse me for being blunt, but how, essentially, is a man/woman or couple renting a womb, birth canal, and the gestational capacities of a woman substantially different than a man far more briefly renting a vagina for his sexual satisfaction? Both commercial transactions objectify the renting woman and diminish her essence to her relevant female body parts. And both activities have great potential to psychologically harm the renter, and certainly with the dehumanized “gestational carrier,” to also harm her physical health — as occurred in India recently, where a surrogate mother died during a premature child birth.

And catch this: I have been warning that services are supplanting treatments as a primary purpose of medicine. One of the legislators points out that IVF and gestational carriage can already be paid for by health insurance in NJ!

But Brisman says the use of carriers is already going on, and that state insurance regulations allow health plans to include coverage of treatment for women seeking in vitro fertilization with a gestational carrier. The law, she says, would formalize the arrangement for the protection of both sides.

No. Stop the coverage permission that can only increase the cost of insurance premiums. That’s the road to health care bankruptcy.

The NJ Legislature should not pass this legislation, and if it does, Governor Christie should veto the moment it hits his desk.

Finding the Consciousness in “Unconscious” People Worth the Cost?