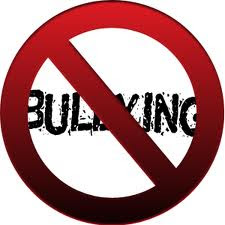 The British Medical Journal reports that Canadian doctors are seeking Canadian Supreme Court authority to withdraw wanted life-extending treatment. From the May 10, 2012 story (abstract only):

Canada’s Supreme Court will next week consider an appeal from two Canadian doctors who seek, against a family’s objections, to withdraw life sustaining treatment from a patient they originally diagnosed as being in a persistent vegetative state, but whom they now describe as minimally conscious. Hassan Rasouli, 60, a retired Iranian born engineer, contracted bacterial meningitis in late 2010 after surgery to remove a brain tumour, and has since been on mechanical ventilation at Toronto’s Sunnybrook Health Sciences Centre. All parties agree, however, that he is no longer in a vegetative state and has repeatedly given the thumbs up at his wife’s request.

A year ago, Rasouli’s doctors concluded that life support was bringing no benefit. “It is as certain as anything ever is in medicine that he will never recover any degree of consciousness,” they wrote last year in a court affidavit.

Except he did! But their unequivocal prognostic error doesn’t cause them a moment’s pause.

Given the change in the patient’s diagnosis, the family has submitted a motion to dismiss the case as moot, to be heard on 17 May. But the doctors argue that the full case should still be heard in December, citing in court documents “a great need forguidance from this Court . . . when the law is unsettled.” “The Court of Appeal misapplied the law of informed consent in order to confer upon patients a right to insist upon the continuation of a particular treatment when the medical standard of care requires it to be withdrawn,” they argue.

So, it appears the doctors no longer want to impose death on their patient but want an order saying they should have been allowed to make sure he died by removing treatment even though they were wrong. You can’t make these things up.

These days, “standard of care” too often isn’t about the benefit of the “patient” but cost to society and imposing the values of strangers on patients and their families. That isn’t the doctor’s job.

Actually, I hope the Canadian Supreme Court takes the case because the facts mediate against a legal right to impose futile care theory in this case. They were wrong, and that happens a lot (as I reported in Culture of Death). What does that tell us about permitting bureaucratic “standards of care” guidelines to become mandatory rules of medical practice?