When In Doubt, Choose Dehydration 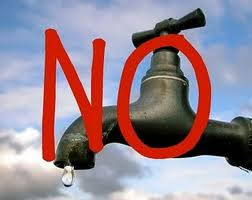 Radical bioethics — and that constitutes much of the mainstream, in my view — continues to push for a wider death agenda. Last week, we discussed an article in the Journal of Bioethics that promoted the propriety of infanticide for even healthy babies if that best served the desires or needs of actual “people.” Today, let’s discuss an article just published in Bioethics urging a dehydrate-them-to-death default position for people diagnosed as persistently unconscious. From “Withdrawal of Artificial Nutrition and Hydration for Patients in a Permanent Vegetative State: Changing Tack,” by a medical resident at New York School of Medicine named Catherine Constable (Abstract only link available):

Several arguments are commonly offered in defense of continuing ANH for patients in PVS, where no preference is known. These include: (1) human life has intrinsic value; therefore, when in doubt as to a patient’s wishes, the ethically more sound position is to err on the side of preserving life; (2) if we withdraw life-sustaining care, we run the risk of violating a patient’s unknown but autonomous prior wish to be kept alive in PVS; therefore it is better to continue to provide care; (3) there is a chance of mistaken diagnosis; thus, we should continue to provide life-sustaining care. In addressing each point, I will argue either that the opposite is true, or, at least, that the argument can be neutralized.

Why the need for a default dehydration medical “ethic?” Saving medical resources, a belief that dehydration is a “neutral” act, and a disagreement that human life has intrinsic value.

In typical bioethics style, Constable then puts in a hedge:

[F]amilies or other surrogates, who should be educated about the condition, should ultimately be given the last word. To advocate the termination of life-sustaining treatment against the directive of a grieving family would be to cast the medical profession in a somewhat more threatening light than most of us would want. Families of these patients in fact deserve our sincere regard during a period in which no one can be said to suffer more than them.

But most cases involve family decision making now. So, this would allow us to eliminate the homeless unconscious and a few other categories. But the real push here seems to me to be make families believe dehydration is right:

Yet we should discontinue the practice of putting families in the position of having to justify a decision to withdraw ANH by making assertions about what the patient would have wanted. Where there is no advance directive, the family should instead be encouraged to consider whatever factors that they deem useful . . . Surrogates are not typically eager to withdraw life sustaining treatment from their loved-ones. To put the onus on a family to justify the decision to withdraw ANH is to effectively treat them as would-be executioners who need to be checked. If the withdrawal of care in this situation was indeed an act that required moral justification, one might defend a need for such safeguards. However, I have argued here that the onus is rather on those who would continue (excepting the family) to justify the decision. In the case of PVS, when in doubt as to a patient’s wishes, it is better to discontinue life sustaining treatment.

But if it is true that families now have to justify choosing to dehydrate, this radical shift toward a duty to die would put the family in the position of having to justify the continuance of food and fluids in the face of nay-saying doctors, bioethicists, and the public policy of society. Families often already face such pressure. Imagine if they had to justify continued life!

By the way, Constable studied ethics at Oxford. No wonder.

She Just Gave Birth to Nine Babies. How Did This Happen?