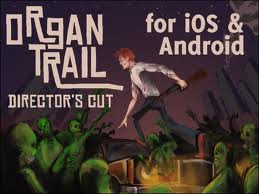 The UK rations health care. In the UK, people who want life-sustaining or extending treatment can be refused under rationing guidelines or physician refusal. This is the system into which the British Medical Association wants Parliament to enact a “presumed consent” to organ harvesting law under which every patient is an organ donor unless they have opted out or family specifically refuses. Of course, in reality that is conscription, not donation.

But now, to make it more palatable, the BMA wants to change the words used to describe the project. From “Building on Progress: Where Next For Organ Donation in the UK?”

This system is often referred to as ‘presumed consent’ and this is the term the BMA has traditionally used. This term is, however, controversial with people arguing that ‘presumed consent’ is not ‘consent’ at all but something rather different. The BMA has found that this has resulted in debate focusing on the terminology and thus detracting from the important debate about the merits, or otherwise, of the system itself.

Another term that is frequently used, and which is a simple description of the system is ‘opt-out’ – individuals who do not wish to donate need to opt out. In order to differentiate between those versions of opt-out that involve the family and those that do not, the former is referred to as either ‘soft opt-out’ or ‘opt-out with safeguards’. In France the term ‘presumed solidarity’ has been used. The BMA’s preferred terminology is ‘opt-out with safeguards’.

This happens time after time. A new or radical proposal is made and a term coined by supporters to describe it. That term duly enters the lexicon allowing a reasoned pro-and-con debate in which everyone may be arguing, but they are arguing from a commonly understood frame of reference.

But when the “wrong side” seems to be winning the debate — often, as here, on the merits — the very people who coined the original term snap their fingers and change the lexicon to help them change the frame of reference and win the debate by word manipulation! Hence, “global warming” became “climate change.” “Physician-assisted suicide” morphed into “aid in dying,” in which an act of self killing ceases to even be suicide. And now “presumed consent” may become “soft opt-out.”

Here’s the thing about presumed consent/soft opt-out/presumed solidarity, whatever you want to call it: Very sick people could easily cease to be viewed as patients enjoying full human equality and dignity, and instead be looked upon as so many organ farms. Or to put it another way, their organs can come to be viewed as more valuable than their lives. The danger is especially acute in a country like the UK in which doctors have the legal power to cut off wanted life-sustaining/extending care.

So: I am currently an opt-in for organ donation on my driver’s license because I still trust I would be dead before any organ procurement would or could occur and consent would have to be obtained from my wife first, both to cease life sustaining treatment and take organs. I would opt out of a presumed consent system because I never want to be viewed as an object no matter how sick I become. As long as I live, I — and everyone else alive — should be viewed as a subject. This approach takes us in the wrong direction no matter how beneficent the motive to increase the organ supply.