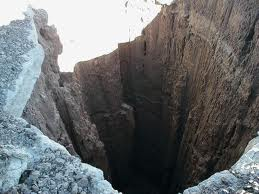 Decadence strikes a beat, into your heart it will seep — to paraphrase a rock classic. But now, that term has reached a new low in the Netherlands as two men “promoted organ donation” (???) by appearing on a television program purporting to eat tiny pieces of each other’s flesh. From the Alexander Boot’s Blog at Daily Mail:

And you thought Big Brother was bad. Over Christmas the Dutch TV channel BNN ran a show called Proefkonijnen (Guinea Pigs) that introduced a whole new viewing experience: cannibalism, in living colour. Two young presenters, Dennis Storm and Valerio Zeno, razor-sharp suits, ties and all, each had a small piece of his flesh surgically removed, Mr Storm from his buttock, Mr Zeno, paradoxically, from his belly. A professional chef, the Dutch answer to Gordon Ramsay, then fried the delectable morsels in sunflower oil (recommended by the medical profession as a healthy alternative to butter), but, disappointingly, without any salt and pepper. The two cannibals then had a candle-lit supper on camera, all in the best possible taste, joyously comparing notes on the flavour of each other’s meat.

This is profoundly anti human exceptionalism — even though the intent was merely nihilistic salaciousness and shock — because it says people are just meat and there is no line defending our intrinsic dignity that can’t be crossed.

Some say it was a hoax. I wouldn’t be surprised as this show has engaged in pretense before. The participants insist not. But in the end, I don’t think it really matters whether the protein on the plate was human or chicken. The point of the exercise was to explode boundaries of decency (not garner more organs). And by the way, apparently cannibalism isn’t against the law in the Netherlands. Good grief.

Not coincidentally, the Netherlands Parliament is debating whether to allow senior citizens to have assisted suicide if they are “tired of life,” part of the ever expanding Dutch culture of death. From the Radio Netherlands Worldwide story:

The lower house of parliament will debate a controversial bill that expands existing euthanasia legislation at the end of January. “I’m 81 years old and still reasonably healthy. However, if I start to decline I want to be able to determine whether not I have treatment. Hospitals are frequently a lot of pain and suffering for a few extra months of life, and I want to decide whether or not I have treatment. It is my life, after all.” That is an excerpt from one of the letters sent to politicians in the hope of convincing them that something has to be done for senior citizens who wish to end their lives. The letters are in support of a private initiative by the pressure group A Free Choice (Uit Vrije Wil) that has already attracted 117,000 signatures. The petition will be presented to the lower house of parliament’s security and justice commission on Tuesday.

That is definitely not a hoax. So much for elder suicide being a problem for society.

These two stories are the consequences of terminal nonjudgmentalism afflicting society and are simultaneous symptoms of a profound moral collapse occurring at varying speeds, in my view, throughout much of the West. Don’t look down. It’s a long drop.