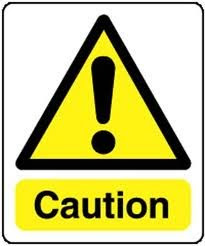 The Sunday Times has a good editorial out opposing the legalization of assisted suicide in the UK, which is now in the midst of a big policy push seen there every few years. It is worth reading the whole thing, but I want to focus on two points that I think are especially salient. From “Deadly Dangers in Falconer’s Fudge:”

Sometimes a coincidence is of deeper significance than anything arranged by design. On Monday a coalition of more than 60 charity directors and advisers published a letter in The Daily Telegraph lamenting the failure of the care system to cope with the needs of the increasing elderly population. This, they argued, “is a challenge which we are failing to meet resulting in terrible examples of abuse and neglect … an estimated 800,000 older people are being left without basic care — lonely, isolated and at risk. Others face losing their homes because of soaring care bills”.

Then, towards the end of the week the Commission on Assisted Dying, a panel funded by the prominent euthanasia supporter Sir Terry Pratchett and headed by the Labour peer Lord Falconer, came up with its unsurprising recommendation: that those with “less than a year to live” who are capable of taking the lethal dose themselves should be able to demand medical aid to commit suicide — to be bumped off, in layman’s language. There was no connection or collusion between the authors of the letter to the newspaper and the commission. Yet it does not take a Sherlock Holmes to see a link between the unprecedented vigour of the voluntary euthanasia movement and the growing panic over the state’s ability to fund the care bill for the nation’s geriatrics. They are two sides of the same coin.

Indeed. Treat people so abysmally that they want assisted suicide and then call it death with dignity. Let them believe their continued existence is a burden, and some will want to head for the doors. That is why Derek Humphry, founder of the Hemlock Society, has called the financial issues the “unspoken argument” in favor of assisted suicide. It needs to be shouted from the rooftops as a primary reason to oppose.

Supposedly “safeguards” would protect against abuse and coercion. The Times notes that is an empty premise:

Falconer’s commission had the sense to invite Baroness O’Neill, the eminent Cambridge philosopher, to address the vexed issue of personal autonomy and the wider social good in the context of the euthanasia debate. She concluded, after giving the commission a tutorial about the “three sorts of autonomy” (Kantian, existentialist and rationalist, if you must know): “I do not believe that it is possible to draft adequate safeguards without invoking misleading and unrealisable fantasies about individual autonomy … whatever one thinks about the legitimacy of assisted suicide, it’s not legislatable; not safely legislatable

That should be indisputable. It is very hard for a doctor to know what happens behind closed doors. Having two doctors review doesn’t change that truth, and as the editorial notes, will often be doctors ideologically predisposed to writing the prescription — often the case in Oegon. Read my book Forced Exit and research this blog. Look at what has happened in the Netherlands. Guidelines aren’t really there to protect, but to give false assurance that all is under control. The problem is that once the deadly premises of assisted suicide are accepted, violations of the guidelines tend to be shrugged off.

The Times editorial is important because the euthanasia/assisted suicide movement is international in scope. The locales may change, but the profound potential for exploitation, abandonment, and abuse remain constant. Assisted suicide is bad medicine and even worse public policy.

Biological Colonialism: Time to Get Judgmental About Organ Buyers