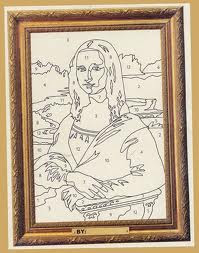 I have discussed the “Liverpool Care Pathway” before. The LCP is a procedure wherein patients suffering intractable pain are permitted to be sedated. But the Protocol soon was abused. Rather than being a guidance, some doctors used it as a paint-by-the-numbers kind of approach, resulting in patients being sedated who did not need that approach to palliation. Worse, some patients were sedated and dehydrated who, it turned out, weren’t even terminal. That is what happens when a guide to nuanced care is applied as a mere blunt formula for general use.

The last I checked on the LCP, the NHS promised reform to ensure that it was only used in necessary cases. But if the medical editor of the Telegraph is right, there is room for real doubt whether the promised reforms ever reached the clinical level of care. From “NHS Must Come Clean Over Use of ‘Death Pathway,” by Rebecca Smith:

A leading doctor has called for the NHS to reveal the true extent of the use of the controversial ‘death pathway’ after a report found up to half of families are not informed of its use. Thousands of patients in the NHS are put onto the Liverpool Care Pathway each year in their last days and hours. It aims to give patients a ‘good death’ by avoiding unnecessary and burdensome medical intervention but there have been accusations it hastens death because it can involve the removal of artifical hydration and nutrition. A report into palliative care in the NHS found that in one, unnamed hospital trust, half of families were not told that their loved one had been placed on the LCP and in a quarter of trusts, one in three families were not informed.

Dr Patrick Pullicino, a consultant neurologist at East Kent University Hospitals, said it was vital that more information was made available about the use of the Liverpool Care Pathway in the NHS. He said: “We need to know how frequently it is being used. Data should be released showing the proportion of patients who die in hospital who were on the Liverpool Care Pathway and how many were on it against their will or that of their family.” Tens of thousands of patients with terminal illnesses are being placed on a “death pathway”, almost double the number just two years ago, the Royal College of Physicians has found.

This is very worrisome. Palliative sedation is a legitimate and necessary technique in rare cases — emphasis on rare. It should not be the normal approach to caring for dying people, nor a way to make people die more quickly — or conveniently for hospital staff.

Doctors who can’t tell the difference because a protocol was formulated — and/or who decide to do what they want in this regard without informed consent — not only mistreat patients but sow distrust in medicine overall. If doctors can’t apply the Protocol properly, it should be dropped, particularly outside a hospice setting. Dying patients are entitled to individualized care.