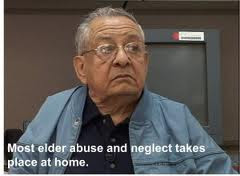 Euthanasialand doesn’t exist, of course. In the real world, elder abuse is a very real and growing problem. Indeed, a new MacArther Genius Grant Award recipient warned in Congressional testimony earlier this year, that elder abuse is a present and growing problem. From “Testimony of Marie-Therese Connolly Before the Senate Special Committee on Aging, hearing on Justice for All: Ending Elder Abuse, Neglect and Financial Exploitation. March 2, 2011:

The New York State Elder Abuse Prevalence phone survey estimates that 7.6% of people over 60 have experienced elder abuse, neglect or financial exploitation in the past year.3 A nationwide study using a similar random digit dialing methodology found a one year prevalence rate of about 10 percent for abuse and neglect.4 The human toll these numbers represent is vast: 3.35 to 4.41 million of phone-answering, community dwelling Americans who passed a basic capacity screen have experienced some form of abuse, neglect or exploitation in the last year.

The situation is even bleaker for seniors with dementia:

People with dementia suffer staggering rates of mistreatment. A 2010 study by University of California, Irvine researchers found that 47% of people with dementia who were cared for at home by family members were mistreated. These findings are echoed in several other studies. Many of these studies find high rates of verbal, psychological or emotional abuse. Although physical abuse would seem to be more detrimental than verbal abuse, a 2010 Howard University study found that verbal abuse took an even worse toll on the mental health of women age 50 – 79 than physical abuse, indicating that we should take it just as seriously as other types of mistreatment. The phone surveys also do not include the approximately 2.5 million people who live in facilities, and the prevalence of abuse, neglect, and exploitation in these settings is especially difficult to ascertain

Connolly concluded her testimony with a warning:

With 77 million baby boomers aging, dementia on the rise, and caregiver shortages looming, experts agree that “the growing crisis of elder abuse” has significant implications for the health, well-being and economic security of millions of Americans. Elder abuse is not just an aging issue. It’s a baby boomer issue too, for the millions of people struggling to promote the safety and well being of both their parents and their children. By not meaningfully acknowledging, let alone addressing elder abuse, we are sending an insidious message that suffering in old age is somehow less worthy of our best effort.

This is all very sobering. Anyone who would legalize assisted suicide in the face of the these hard truths believes in Euthanasialand. But the rest of us, who live in Realityland, should heed this warning and reject legalizing assisted suicide out of hand. Even if it could work in theory — which I reject — in the here and how, assisted suicide would just become another way of abusing seniors. The Myrna Lebov assisted suicide — facilitated by her husband, George Delury to put her out of his misery — serves as an apt example of how easy it is to hide abuse behind a false mask of “compassion.”