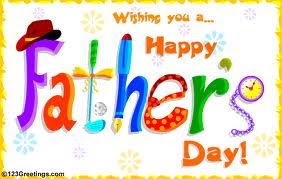 It amazes me how an embryo is or isn’t an existing human life — depending on what the question is. In Argentina, a man fathered embryos via IVF, and then divorced. His ex wants to be implanted with the embryos, but he says that would be forcing him into unwanted fatherhood. But the court ruled in favor of the ex wife. From the AP Story:

A judicial ruling in Argentina says frozen embryos from a divorced man’s sperm can be used by his ex-wife to get pregnant again. An appeals panel in Buenos Aires has upheld an earlier ruling in favor of the woman, who had one baby with the man after artificial insemination in 2005. The couple then got divorced. The man argues he shouldn’t be forced into biological fatherhood with his ex-wife. But the two female judges say life begins at conception in Argentina, so he gave approval by donating sperm.

I think that is right. If it was stored sperm, I would say no. But the issue is stored embryos. That’s altogether different.

These days, when it comes to reproduction, it is a woman’s world. Once embryos are created, she can be implanted against the father’s will, as here. I wonder if she could also abort against the father’s will in Argentina — as can happen in most countries where abortion is legal. Also, if he wanted to implant the embryos in a surrogate mother — crassly known in IVF parlance as a “gestational carrier” — could his former wife prevent it? Not if we have sexual equality. Oh, that’s right. We don’t. It would be an interesting question.

In any event, the court was right. His ex wasn’t forcing him to become a father. He already is a father. Those embryos are his children, just not yet born.

Some Dutch Pharmacists Say No to Euthanasia