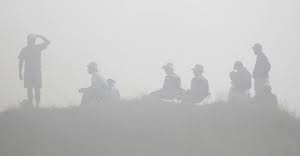 Bioethicist Joel Marks comments on his loss of religious belief and how it led to his eschewing the very concept of “right” and “wrong.” It is an interesting read for me because it seems his “anti epiphany” flowed directly both from his rejection of God, but more importantly for my area of interest, from his seeming embrace of animal rights ideology (or Peter Singer utilitarianism, I’m not sure which). From “Confessions of an Ex Moralist” at the NYT blog:

In the three years since my anti-epiphany I have attempted to assess these surprising revelations and their implications for my life and work. I found myself in the thick of meta-ethics, which looks at the nature of morality, including whether there even is such a thing as right and wrong. I myself had ignored the latter issue for most of my career, since, if there was one thing I knew in this entire universe, it was that some things are morally wrong. It is wrong to toss male chicks, alive and conscious, into a meat grinder, as happens in the egg industry. It is wrong to scorn homosexuals and deny them civil rights. It is wrong to massacre people in death camps. All of these things have met with general approval in one society or another. And yet I knew in my soul, with all of my conviction, with a passion, that they were wrong, wrong, wrong. I knew this with more certainty than I knew that the earth is round.

But suddenly I knew it no more. I was not merely skeptical or agnostic about it; I had come to believe, and do still, that these things are not wrong. But neither are they right; nor are they permissible. The entire set of moral attributions is out the window. Think of this analogy: A tribe of people lives on an isolated island. They have no formal governmental institutions of any kind. In particular they have no legislature. Therefore in that society it would make no sense to say that someone had done something “illegal.” But neither would anything be “legal.” The entire set of legal categories would be inapplicable. In just this way I now view moral categories.

Marks is lost in a fog:

For instance, I used to think that animal agriculture was wrong. Now I will call a spade a spade and declare simply that I very much dislike it and want it to stop . . . I now focus on conveying information: about the state of affairs on factory farms and elsewhere, the environmental devastation that results and, especially, the sentient, intelligent, gentle and noble natures of the animals who are being brutalized and slaughtered. It is also important to spread knowledge of alternatives, like how to adopt a healthy and appetizing vegan diet. If such efforts will not cause people to alter their eating and buying habits, support the passage of various laws and so forth, I don’t know what will.

But that reduces moral discourse to nothing but advocacy tactics. Indeed, if one starts with the presumption that nothing is right or wrong, who cares what Marks thinks about animal ag? Indeed, Marks’ “amoralism” seems to be merely expressing his preferences based on sentimentality or feelings, rather than firm convictions and principles derived via rational analysis and philosophical pondering.

But that is dangerous because feelings change. It seems to me that which is right and wrong never really do. Hence, I believe it is objectively wrong to own another human being because that betrays human exceptionalism. In other words, I have a principle with which to measure. Without that, how can we ever gainsay anything someone else might prefer? Marks could say to me, “Look! They are killing chicks in a leaf shredder!” If I respond, “So? They’re just birds,” who is he to disregard my “preference?”

Marks sees the issue and shrugs:

In the process my own desires are likely to undergo further change as well, in the direction of greater compassion and respect, I would anticipate – and not only for the victims of the attitudes, behaviors and policies I don’t like, but also for their perpetrators. But this won’t be because a god, a supernatural law or even my conscience told me I must, I ought, I have an obligation. Instead I will be moved by my head and my heart. Morality has nothing to do with it.

In that case, he could just as easily go in the other direction and embrace hate if his “heart” and “head” so direct.

In a sense, by attempting to separate himself from morality, Marks rejects much of what it means to be human. We are, after all, the only species capable of moral agency. Worse, to paraphrase Chesterton, if people eschew morality, it doesn’t mean that they will “believe” in nothing, but could come to accept anything. In that sense, “amoralism” is a prescription for great evil.

(For those interested, here’s Marks in 2002 when he believed in the absolute moral wrongness of eating animals, in which he makes a stronger case for a misguided proposition.)

Feds Say No to Nursing Home “No CPR” Policies