Mandatory Testing for Down Syndrome Coming to France? 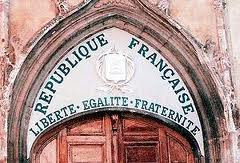 Wouldn’t it be nice if the purpose of pushing prenatal testing for Down syndrome was to assure that fetuses testing positive would be later welcomed into the world in full preparation for the medical challenges that sometimes arise in babies with the condition? Of course, the real point is to make sure that as many as possible are not allowed to be born. And now France is thinking very seriously about requiring that all pregnant women be tested regardless of risk factors — that is, legally requiring — not just recommending — a medical procedure so that no babies with Down slip through undetected. From the blog, Curse of Our Joy:

France already has an abortion rate of 96% once Down syndrome is detected through pre-natal testing, universal testing would be catastrophic to this population and to human rights in general, setting off a possible chain reaction throughout Europe. Below is a translation of the original letter from the Foundation Lejeune.

On May 25 and 26 of this year, the National Assembly [the lower house in the French Parliament] will resume its debates and votes concerning the proposed bioethics law. If the deputies follow the recommendations of the Senate and the Special Committee on Bioethics, the pendulum will swing, in the next few days, and France will implement a policy of eugenics with regard to infants with Trisomy 21 (Down syndrome.) Because all of us are vulnerable and called to show solidarity with those who are a little more so, we cannot accept this or let it happen.

Yea, gotta stop that 4% that make it through the eugenic filters! Liberté, égalité, fraternité, my right nostril.

I will try to check out this story further and report back.

UPDATE: Apparently the bill would require counseling be offered, not conducted.

But the purpose of the bill I think is as the blogger I quoted suggests — to increase the already sky high abortion rate of fetuses testing for Down, dwarfism, etc. There is a strong pre natal eugenic drive in the West and pushing for more testing serves that agenda. Of course, testing can also serve to make such births easier to prepare for, as Sarah Palin said her test did. But note, one Canadian medical leader worried that her lead would cause fewer women to abort Down babies:

But others fear Ms. Palin’s emergence as a parental role model sends a different message. As a vocal opponent of abortion, Ms. Palin’s widely discussed decision to keep her baby, knowing he would be born with the condition, may inadvertently influence other women who may lack the necessary emotional and financial support to do the same, according to André Lalonde, executive vice-president of the Society of Obstetricians and Gynaecologists of Canada. Dr. Lalonde said that above all else, women must be free to choose, and that popular messages to the contrary could have detrimental effects on women and their families. “The worry is that this will have an implication for abortion issues in Canada,” he said . . .

“It’s very dark,” said Krista Flint, executive director of the Canadian Down Syndrome Society. “They hear a lot about the medical conditions that are sometimes associated with Down syndrome. They hear about the burden … it places on children and a marriage. They hear about things like shortened life expectancy. They hear a lot about the challenges of a life with Down syndrome.” That’s why Ms. Palin has become an example that could possibly stem the tide of families who abort fetuses after a positive determination for Down syndrome, she said. “We know overwhelmingly the message families get is ‘Don’t have this baby, it will ruin your life,’ and I don’t think people would look at Sarah Palin and see a ruined life,” Ms. Flint said. “Regardless of politics, I think it’s a good example.”

I also believe that a societal expectation for that course — abort the “defective — is being forged. That is a major purpose behind these testing proposals and a reason why some loathe Palin so deeply — as I have discussed at length on several occasions.