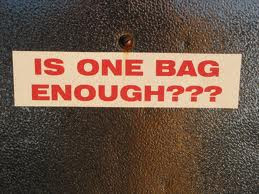 So, it’s okay for a doctor to help someone kill themselves, but not others? The irony escapes Oregon as the legislature is on track to outlaw suicide kits. From the ABC story:

Oregon senators have unanimously voted in favor of passing a bill that would ban the sale or marketing of suicide kits. The vote came in response to a 29-year-old Oregonian named Nick Klonoski who used a suicide kit to end his life in December. Klonoski ordered the simple kit, which contained a hood and tube, through the mail. “After learning of a young man who took his life using a helium hood he bought, it became obvious that there were no checks and balances of marketing suicide kits,” said State Sen. Floyd Prozanski, who sponsored the bill. “Minors had access to the kits through the Internet, and I personally don’t believe we need to be marketing an object like a suicide kit.”

True. But why should people with cancer have access to suicide facilitation but not other suffering people? I mean if killing is a proper answer to human suffering, and if we “own our own bodies,” and if assisted suicide is a “fundamental civil liberty,” how can assisted suicide be “strictly” limited to the terminally ill? Truth be told, it can’t. That’s the paradox that eventually destroys “guidelines” and limitations — as it has and is doing in the Netherlands, Switzerland, and Belgium.

Don’t get me wrong, I approve of the legislation. Suicide prevention is an important societal goal. I just think it should apply universally. Moreover, one should not be allowed to help others kill themselves, regardless of their motives or education level.