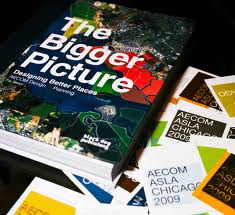 I may get in some trouble for this post, as it could bruise some feelings. That isn’t my intent. Rather, it is to show how a supposedly “compassionate” assisted suicide can more than bruise the feelings of other people struggling with terminal and disabling conditions.

A woman named Nancy Valko (not the pro life activist from MO) moved to Oregon in 2008 after she was diagnosed with Lou Gehrig’s disease, in part, so she could kill herself. She did so in 2009, and her family and a Vermont newspaper story, where she once lived, have turned her death into a promotion of assisted suicide where legislation is pending to legalize doctor-prescribed death. Note how the suicide is promoted as right and good because Valko was experiencing serious disabilities. From the story (subscription needed):

Nancy Valko was tired of living in the prison that Lou Gehrig’s Disease had made of her once vibrant body. So on a sunny April 19, 2009, the former Middlebury resident took one last wheelchair ride through her favorite park, had a piece of berry pie, bade farewell to her beloved friends and family, and went out into her backyard to draw her last breath.

Valko died a few hours after ingesting a lethal medication that can be prescribed under an Oregon state law that gives terminally ill patients the right to end their own lives after following some specific guidelines. Valko had moved from the Green Mountain State to Oregon in late 2008, in part to take advantage of the law . . . Nancy Valko — mother, avid outdoors person and former employee of Mary Hogan Elementary School and the Middlebury Natural Foods Co-op — wanted to die on her own terms, and Oregon was the one state that could legally afford her the opportunity to do that.

Valko’s family supported her decision to take her own life before her affliction had rendered her a complete shadow of her former self. “Her spirit was imprisoned in a body that didn’t work,” recalled Valko’s sister and former caregiver, Marnie Wood of Middlebury. Wood was present at her sister’s side when she died. “It was such a beautiful ending to the life of a beautiful person, both inside and out,” she said . . . It was a heart rending decision for Valko’s family, but they stood behind her — even her 90-year-old mom. “Nancy’s certainty of her forthcoming death and her desire to make a choice to end her life was something we supported,” Wood said.

This is precisely why disability rights activists are so adamantly against the doctor-prescribed death agenda. Valko’s suicide is described almost glowingly because she had to deal with symptoms that are part and parcel of the lives of many people with disabilities. The message is clear — if you have those symptoms, and you want to commit suicide, your family and your society should support you.

ALS is the disease that assisted suicide activists always wave as the battle flag. But think about the life disaffirming message that such stories send to other similarly situated people. It hurts!

I know, because my last hospice patient, Robert Salamanca, felt that his own life was terribly denigrated by stories such as this — which have been all the rage about this issue in the media now for nearly 20 years. After Nightline ran the television equivalent of Valko’s story, interviewing an ALS patient about he (of course!) wanted to die — Bob exploded at my next visit. “They are trying to push me out of the well lit boulevards into the dark alleys,” he said heatedly.

Bob related how he too had wanted to commit suicide — he had been an amateur boxer and a successful businessman installing hardwood floors — and it was very difficult both physically and emotionally to slowly become a quadriplegic. For example, he refused to look in mirrors because of what the illness had done to his once robust physique. Worse for Bob, he felt abandoned by those who he perceived considered his life not worth living.

I suggested he write a column expressing his perspective. It ran in the February 19, 1997, San Francisco Chronicle. From an Update reprint of “I Don’t Want a Choice to Die,” (scroll down, it’s near the bottom):

[R]eporting in the media too often makes us feel like token presences, burdens who are better off dead . . . Many pro-euthanasia groups “showcase” people with ALS. They portray us as feeble, unintelligible and dying by slow suffocation. This is absolutely false, and I protest their efforts vehemently. By receiving proper medical care, a terminally ill person can pass away peacefully, pain-free and with dignity. We are not people just waiting for someone to help us end our misery, but to the contrary, we are people reaching out to love . . . to be loved . . . wanting to feel life at its best.

Too many people have accepted the presumption that an extermination of some human lives can be just. Are we becoming a society so starved for heroes that we are too quick to embrace the Jack Kevorkians of the world? Where has our sense of community gone? True, terminal illness is frightening, but the majority of us overpower the symptoms and are great contributors to life.

If physician-assisted suicide is legally available, the right to die may become a duty to die. The hopelessly ill may be subtly pressured to get their dying over with — not only by cost-counting providers but by family members concerned about burdensome bills, impatient for an inheritance, exhausted by care-giving or just anxious to spare a loved one further suffering. In my view, the pro-euthanasia followers’ posture is a great threat to the foundation upon which all life is based, and that is hope. I exhort everyone: Life is worth living, and life is worth receiving. I know. I live it every day.

Bob’s family talked him down from the cliff. And eventually he “came out of the fog,” in his own words, and was very glad to be alive. In fact, as he struggled with worries about being a burden to his family and the “little deaths” (his term) he experienced for every lost capacity, he said he was living the best time of his life.

If Bob had said to his wife and family, “I think I want do kill myself because my body doesn’t work anymore,” and they had agreed — he would have been irreparably devastated. Indeed, that would have pushed him off the cliff.

Instead, he died peacefully in his sleep after spending more time with his daughters, learning how to use the Internet to collect art and invest for his family, and watching boxing on TV. Here is the ID he put for himself on his column:

Brave New Britain is Angered by US Company