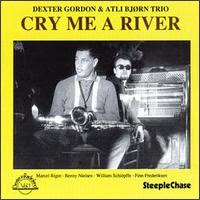 An reader sent along this article in the Harvard Business School Alumni Bulletin by the head of the school’s Stem Cell Advisory Board, William Sahlman, who is also a big time professor at the the Harvard Business School. He is reacting to a federal court’s ruling that President Obama’s embryonic stem cell funding policy is illegal under existing federal law — but his larger target is the democratic process in science funding.

Despite all that education, Sahlman conflates losing funding in ESCR, with the Feds outlawing research altogether. From his piece “Chaotic Funding Derails Research:”

Now imagine you are a postdoc in a lab and are working on a project to use human embryonic stem cells to cure diabetes by creating new beta cells in the pancreas. This is difficult work that is high risk but high reward. You have come to grips with the many ethical considerations in working with stem cells derived from embryos that were created during IVF procedures and were destined to be destroyed before the donors agreed they could be used for research. You have begun to get traction in your career, and have been a prominent coauthor on several articles in well-respected journals. When you read the news that your research is now illegal, you are horrified.

But the court didn’t make the research illegal — any more than Bush “banned” embryonic stem cell research with his modest funding restrictions. Nor did the court rule that existing research done with illegal funding had to be destroyed. It just said no more federal funding. (Funding continues as the case is appealed.)

But here’s the thing: Our hypothetical researcher knew that ESCR was ethically contentious when deciding to enter the field. Who could not know it after all the yelling over the last twelve years? And the researcher would have known that there are strong forces seeking to limit or eliminate federal funding. The same is true of human cloning research, which — unlike ESCR — many are trying to legally ban — like Germany has, for example, and the UN General Assembly has urged all member nations to do. (In 2005, the UN adopted a non-binding declaration that prohibits “all forms of human cloning inasmuch as they are incompatible with human dignity and the protection of human life”.) Similarly, animal researchers must also know that the animal rights movement is seeking to prevent their work. I disagree with that strongly, but a researcher going into the field should enter therein with with eyes wide open.

Sahlman’s bigger gripe is with the democratic messiness of government funding, again using our hypothetical ESC researcher as an example:

You have no viable research projects under way. It will take well over a year to begin a new research stream, and there is a low probability you will get funded in a new area. You may be fired. In short, your career is in danger of total meltdown. That is the real cost of our randomized model of research support in the United States, in which a change in administration or a court ruling can outlaw work that was previously supported by the government. Funding can be canceled with the stroke of a pen . . .

Unpredictability inflicts a heavy cost on scientific progress, whether in domains like stem-cell research or in searching for safe alternative fuels. It damages the United States’ competitive position because great projects won’t be completed here, and more importantly, great people won’t do the kind of work that is necessary to make progress on our most intractable challenges. Society pays a high price for randomization of research support — a fact that, sadly, is not recognized by the public, the media, or politicians.

Sorry, this not a scientocracy. The people’s views — and the law — matter in federal scientific funding, just as they do in other important societal endeavors. Moreover, just because a scientist wants to do it, doesn’t mean the taxpayers have to pick up the bill, or indeed, that it should be allowed legally. Dictatorships can pour all the resources into favored science projects that the government wants. But this is how free societies work. No blank checks.