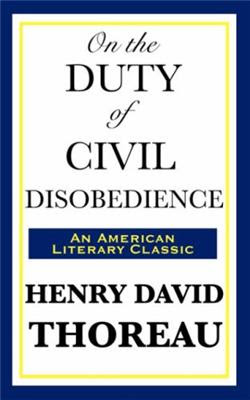 After Washington voters unwisely legalized assisted suicide, I said the battle wasn’t over. I reported that many hospitals and doctors had decided to refuse all participation in doctor prescribed death, and encouraged them to do so. That made assisted suicide advocates angry, but too bad. Nobody should be forced to participate in the intentional termination of a human life.

The non cooperation resistance strategy in Washington has been generally successful, with many medical facilities and doctors refusing to participate. That has assisted suicide advocates complaining. Most recent example: A Catholic hospital refuses to participate in any way with legalized assisted suicide — including not advising patients about their right to ask for (they don’t have a right to receive) assisted suicide. From a blog called Slog:

In 2008, nearly 58 percent of Whatcom County voters approved I-1000, the exact same margin by which the Death with Dignity initiative passed statewide. Yet two years later, terminally ill patients in Whatcom and other counties served solely by Catholic hospices, are still being denied access to information about their lawful, end of life options.

This growing conflict between the rights and wishes of patients, and the ethical and moral directives of our state’s expansive, Catholic run health systems was illustrated recently by the slow, painful death of Norman Shapiro, a patient in the care of Whatcom Hospice, a program of Bellingham’s PeaceHealth St. Joseph Medical Center, and the only home hospice provider in the county. It was only after Shapiro died from esophageal cancer in April, that his wife, Audrey Roll-Shapiro learned that our state’s Death with Dignity law would have allowed him to hasten his agonizing death by obtaining a lethal dose of medication.

How is the family’s ignorance in any way the hospice’s fault? Apparently, despite assisted suicide being against hospice philosophy and contrary to its obligation to prevent suicide, — and in the face of these hospices being Catholic, the moral teaching of which church opposes all suicide — they were supposed to tell their patients that they could decide to kill themselves. Talk about confirming their worst fears! Besides, refusing to participate in any way in assisted suicide is legal in Washington — and indeed the opt out right was created as a political tactic, assuring a wary public that dissenting medical professionals would be protected.

But assisted suicide advocates may soon insist that they refer and advise — in other words, become complicit:

Rob Miller of Compassion and Choices agrees, if in a snark-free manner. “Patients have a right to information,” Miller told me, “and all medical providers should honor the principle of informed consent by answering questions honestly, and providing referrals when necessary.” Miller isn’t advocating the elimination of the opt-out provision, but when pushed on what might be a reasonable legislative remedy, he suggested something on the lines of a “Right to Know” law that would at least require health care providers to give direct answers to direct questions.

Referring to the assisted suicide facilitating and promoting group C & C would be to abandon the patient from the hospice requirement to value their lives equally to its natural end — and indeed, would represent a profound violation of hospice methods and philosophy. Besides, how do you force speech?

Total non cooperation with assisted suicide is a powerful tool to resist doctor prescribed death where it is legal. It not only allows Hippocratic physicians and institutions to remain true to their values, but perhaps most importantly, it provides a powerful witness that assisted suicide is wrong. This is classic civil disobedience — except it isn’t disobedience. It is their right.

That could change, of course. But even if assisted suicide advocates succeed in passing laws and regulations forcing complicity in life-terminating “medical” procedures, the total non cooperation should continue as true civil disobedience. Make the state take legal action to drive Hippocratic facilities out of business. Make them destroy facilities that do so much good — as the blogger even admitted. That could actually — in true Ghandi/Martin Luther King fashion — turn the tide back to the more truly compassionate “care not killing” professional approach to treating dying patients that the Hippocratic tradition upholds.

In the meantime, good for St. Joseph’s. These days when medicine is increasingly involved in taking lives, it takes real courage to stand against the tide

Why Doctors Must Not Kill—Still!