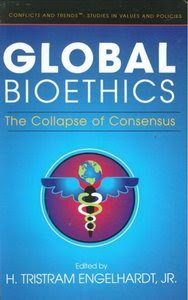 I was sent an old article from 2001 that focused on personhood theory and the attempt to redefine death, which criticized bioethics for being unduly Western in its outlook. (It seems to me that a great deal of energy in bioethics, these days, is dedicated to finding justifications for using some human beings instrumentally. See “Undignified Bioethics.”) The author, points out how the Japanese, as one example, view things differently from the Western approach that focuses exclusively on cognitive capacities. From the article (no link, except to Abstract):

Ohuuki-Tiemey argues that the Western conception of “humanness” stands in contrast to how humanness is conceptualized in Japan. She argues that “rationality” is given a privileged position over “affectivity” and “emotionality” and is the hallmark of humanness in the West, whereas in Japan all three arc considered of equal importance, hence the shedding of tears has always been considered a uniquely human behavior. Lock and Honde similarly argue that the word “kokoro”, meaning “spirit”, is written with the character for “heart” and it is associated with the highly evocative, private, unique and no st humane part of an individual Japanese, and that it is not equated with “person”. Thus “an individual cannot be declared dead until this ‘core’ of humanity, the kokoro, has ceased to function” and, as kokora is located in the chest, it is not surprising that “brain death” remains controversial in Japan but the harvesting of human organs from NHBDs has been more readily accepted.

This brought to mind the work of my friend, H. Tristam Englehardt, who despairs of ever finding a truly global bioethics, and hence, promotes a libertarian approach as a way of maintaining social comity. From my First Things review of his edited book Global Bioethics: The Collapse of Consensus (no link unless one is a subscriber):

The many authors of the book valiantly search in every philosophical nook and cranny for an overarching value system to which most of the world could ascribe—the best chance, as identified by one author, perhaps being “the human rights agenda of the U.N.’s Universal Declaration on Human Rights.” But given that the Declaration has not exactly succeeded in bringing an end to despotism, terrorism, torture, slavery, genocide, oppression, exploitation, and general mayhem, one can see the difficulties in enforcing such an international mandate, even if a globally agreed-upon moral framework for making crucial moral judgments could be found.

Perhaps then Englehardt, an Orthodox Christian who swings from the libertarian side of the plate, is right when he argues that the best that a global bioethics can achieve is providing “a thin moral framework, a space within which individuals and moral communities can peaceably pursue divergent understandings of morality . . . within limited democracies and within a global market.”

But why not dare idealism and let our reach exceed our grasp? If academics, philosophers, medical professionals, lawyers, policy advocates, human rights activists, and others of goodwill can find it within themselves to strive tirelessly to create a bioethics that wholeheartedly em­braces the value of all human life as its core principle, the world just might see the beauty of the unmet potential and come willingly into the light.

Unless they do, I fear the destruction of universal human rights as the weak and vulnerable increasingly become viewed as corn crops ripe for the harvest.