Man Wants to be Killed for His Organs: Organ Non Profit Seems to Applaud 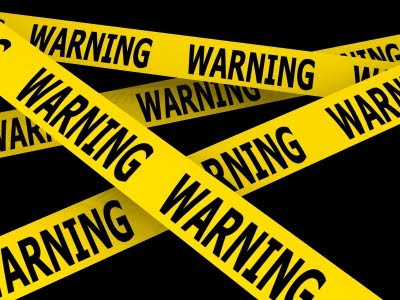 This is potentially insidious. Not the despairing man with ALS who wants to be killed for his organs, but the apparent reaction of an organ non profit representative who seems to support the idea. From the story:

A west Cherokee County man wants to end his life so he might be able to improve the life of others. Gary Phebus, 62, was diagnosed with amyotrophic lateral sclerosis, better known as Lou Gehrig’s Disease, in 2008…Phebus started researching online to learn about organ donation. He learned about the long wait people endure for an organ transplant and came up with his idea. He decided to donate his organs, but he wants to do it now, which would kill him. “I have a death sentence. It is just a matter of time,” he said. “I know people are waiting on organs. If I am going to die, why not – while my organs are still viable – go ahead and save five to 10 people.”… Phebus said he not only wants to give the organs while they’re viable, but also avoid years of medical bills and insurance claims. “I’m dead anyway,” he said. “I want to live, but I don’t see any way out.”

Nothing could be more dangerous to disabled and despairing people than to give them a stake in their deaths rather than their lives. And before anyone says how could I understand what it’s like when I don’t have ALS: My last hospice patient (I used to be a volunteer) died of ALS. He told me that for 2 1/2 years he wanted to go to Kevorkian. But then, he said, “I came out of the fog and was so glad to be alive.” Believe me, had he been able to have assisted suicide–and especially if it could have been grasped in his desperation as a way to repair his (then) broken self esteem by donating organs–during that dark time, I have no doubt about what he would have done. But had he been made dead (and harvested)–he would have missed what he called the best time of his life, a time when as a total quadriplegic, he collected art on the Internet, watched his children grow, and made money for his family doing on line investing. He even wrote against assisted suicide in the San Francisco Chronicle.

But this really fried my eggs:

But there is a major roadblock for Phebus. Federal law requires an individual pass away from brain death or cardiac death before becoming an organ donor, said Kaysha Cranon, public affairs coordinator for LifeLink of Georgia, a nonprofit organization dedicated to the recovery of organs and tissue for transplant. “I think it is wonderful that he wants to donate his organs,” she added, noting there are more than 108,000 people on the national waiting list for an organ transplant.

I sure hope that Cranon was responding to Phebus’s general desire to donate organs rather than applauding his specific request to be killed so he could do it now. (Her quote could be construed either way.) Otherwise, she should be fired. If you have organ donation organizations applauding euthanasia and harvesting, it will destroy faith in the organ donation system. At the very least, a clarification is in order from LifeLink.

The Belgians have already tied euthanasia to organ harvesting, so this already isn’t one of those “it could never happen” stories. Nothing could be more dangerous than giving society a stake in ill, disabled, and despairing people being made dead.

I hope Phebus receives help to overcome his current state of mind–as Bob did–so that he can live life to the fullest in the time he has left. But even if he never does, he can’t be allowed his way on this. There’s far more at stake than his life and desires, for allowing people to be killed for their organs would be yet another way of turning human beings into mere natural resources ripe for the harvest.