Media Incompetence: No, German Court Did Not Legalize Assisted Suicide! 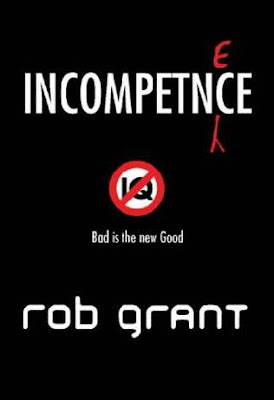 The media are generally terrible about using proper terms to describe controversial issues. Example, when Michael Vick abused the dogs, it was labeled an animal rights case, when animal rights is an ideology, not a matter of being nicer to animals or protecting them from abuse–properly called animal welfare. Here’s another example in which an AP headline screams:

Well, that got my adrenalin surging. But the court ruled no such thing. From the story:

Germany’s top criminal court issued a landmark ruling Friday legalizing assisted suicide in cases where it is carried out based on a patient’s prior request. The ruling came as the court overturned the conviction of a lawyer who had counseled his client in 2007 to stop tube feeding her mother, who had been in a non-responsive coma for five years. A lower court had convicted attorney Wolfgang Putz of attempted manslaughter and given him a nine-month suspended sentence. The Federal Court of Justice said the 71-year-old woman had said in 2002 that she did not want to be kept alive under such circumstances before falling into the coma.German Justice Minister Sabine Leutheusser-Schnarrenberger welcomed the ruling as a major step toward respecting an individual’s wishes. “There can’t be forced treatment against a person’s will,” she said in a statement. “This is about the right of self-determination and therefore a question of a life in human dignity until the end.” Germany took political steps to clarify the legal situation surrounding assisted suicide late last year. Parliament passed a law that made people’s declarations on whether they wanted treatment to prolong their life following an accident or when terminally ill binding for doctors. But the court ruling now makes it legal to end a person’s life by halting medical treatment, if it is their wish.

That isn’t assisted suicide! The German court allows patients to refuse unwanted medical treatment, a different matter factually, ethically, and in the ultimate cause of the patient’s death.

Anyone who is even casually familiar with my work knows that I do not support dehydrating people to death based on disability. But people have the right to decide not to receive feeding tubes, and when they do so, it isn’t euthanasia or assisted suicide. (To save space, for those who might be interested, here’s my view on that matter, published in the wake of Terri Schiavo’s death, in the Weekly Standard.)

In my more paranoid moments, I think the media refuse to use proper terms because by blurring terms, we lose the ability to engage in reasoned policy deliberation, ushering in an anything goes society that so many among the liberal elite in the media seem to favor. But then I realize, it is more likely laziness or plain old fashioned incompetence. Whatever the reason, it sure is exasperating.

We Need to Study Infertility