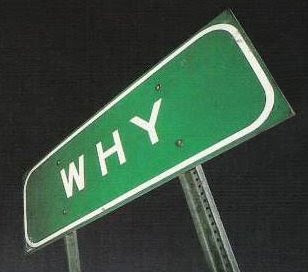 Legatus Magazine asked me to write a piece on the recent successes in assisted suicide advocacy. I said yes, I wrote, and it is now out.

I begin with a brief recitation of the history of modern assisted suicide advocacy, starting with the failed attempt to place a legalization initiative on the 1988 California ballot, through legalization by the Montana Supreme Court in 2009. Then, it is on to the primary subject of “why now.” From my column:

A question amidst all of this Sturm und Drang naturally arises: Why now? After all, 100 years ago when people did die in agony from such illnesses as a burst appendix, there was little talk of legalizing euthanasia. But now, when pain and other forms of suffering are readily alleviated and the hospice movement has created truly compassionate methods to care for the dying, suddenly we hear the battle cry “death with dignity” as “the ultimate civil liberty.”

In fighting assisted suicide since 1993, I have often pondered the “why now” question. I’ve found two answers: First, the perceived overriding purpose of society has shifted to the benefit of assisted suicide advocacy, and second, our public policies are driven and defined by a media increasingly addicted to slinging emotional narratives rather than reporting about rational discourse and engaging in principled analysis. Add in a popular culture enamored with social outlaws, and the potential exists for a perfect euthanasia storm.

Social commentator Yuval Levin, a protégé of ethicist Leon Kass, described the new societal zeitgeist in his recent book Imagining the Future: Science and American Democracy. While not about assisted suicide per se, Levin hit the nail on the head when he described society as no longer being concerned primarily with helping citizens to lead “the virtuous life.” Rather, he wrote, “relief and preservation from disease and pain, from misery and necessity” have “become the defining ends of human action, and therefore of human societies.” In other words, preventing suffering and virtually all difficulty is now paramount. In such a cultural milieu, eliminating suffering easily mutates into eliminating the sufferer.

The prevent-suffering-at-all-costs agenda is harnessed by assisted suicide advocates through publicizing heart-rending stories of seriously ill or disabled patients who want to die. Illustrating how potent this emotional narrative has become, even the ghoulish Jack Kevorkian is being remade into a big softy concerned solely with relieving suffering.

I get into the real Jack Kevorkian, again, also discussed here previously. And I end on a hopeful note, touched with a dose of realism:

Still, there is good news in spite of the darkening sky: Principle and virtue are not dead. To the consternation of assisted suicide advocates, the sanctity-of-life principle has not yet completely lost its vitality. The vast majority of doctors in Oregon do not assist patient suicides; most of such deaths are facilitated by the advocacy group Compassion and Choices. In Washington, physicians and health corporations — such as the Providence Hospitals — have pushed back against the new law by stating publicly that they will not participate. And despite millions of dollars spent promoting the agenda (financed by the likes of George Soros), assisted suicide has not broken into the mainstream of American law and medical practice.

But they will keep trying. Successful resistance does not require giving up vital principles. Opponents, however, will have to tailor their message of true compassion and care in ways that resonate within the current cultural milieu. Just saying that killing is wrong is no longer enough.

The case against assisted suicide is compelling, but since it often lacks emotional immediacy, it is sometimes hard to make in a tabloid media addicted to provocative images and soundbite analysis. But slowly, we are succeeding. For example, according to the most recent Gallup Poll on the issue, 46% of those polled think think assisted suicide is morally wrong, tied with 46% who don’t. That’s a steep decline from the 53-41 pro assisted suicide view polled in 2004.

Merry Christmas from the CBC!