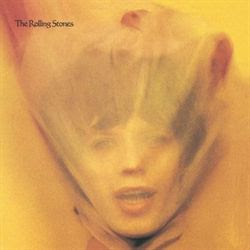 Der Spiegel is one of the best news magazines around. In the current issue, it carries an interview with an emergency room physician who thinks he should be able to refuse to save the life of patients whose quality of life he finds too low, and kill others, based on the same criteria. From the interview with Berlin ER physician, Michael de Ridder:

De Ridder: We need a concept for the treatment of hopeless cases. We can delay the time of death almost indefinitely with dialysis, artificial respiration and feeding tubes. But at what point does this no longer serve the welfare of the patient? As an intensive-care doctor, there have been times when I’ve treated patients and said to myself afterwards: That wasn’t a good decision. I too have experienced the long-term consequences of medical aid that doesn’t make sense.

Even assuming his perspective is right — and I don’t — many of these situations involve circumstances in which the outcome is uncertain. That something didn’t work out well, doesn’t mean it was wrong to try. But De Ridder would rather lose someone who could be saved in difficult circumstances than save many who will live in a severely disabled condition:

SPIEGEL: What criteria should a doctor use to decide which lives are worth preserving?

De Ridder: It isn’t about morals. It’s about empiricism. You could say, for example: If a treatment was not successful the first 100 times, it should not be used for the 101st time. With the example of resuscitation: No brain can survive without oxygen for more than eight to 10 minutes. If I know that this time limit has been exceeded — the patient has enlarged pupils and is almost clinically dead — then my efforts are pointless. Unless of course, I think it’s a good thing to produce patients in a vegetative state, at a 99-percent success rate. But doctors are fighting such concepts with all their might. They say: But you never know! There are 100 extraordinary circumstances that may mean that it is possible to help one out of 100 patients to continue to live a meaningful life, they say.

SPIEGEL: So should that person, that one out of 100, simply be abandoned?

De Ridder: Let me answer that with a question: Should I be allowed to put 99 people into a terrible situation, just because what I do benefits one person? How ethical is behavior where 99 decisions cause suffering: Are these (decisions) not as important? The guiding principle for any physician is not to harm the patient . . .

The italicized statement should turn on everyone’s flashing red lights! These are value judgments, not medical determinations, that the physician has no right to impose.

Having decided he can abandon patients whose quality of life he disdains, De Ridder then assumes the right to kill patients who want to die, including people with disabilities:

SPIEGEL: Would you help [kill the patient]?

De Ridder: Yes, if their decision were permanent and it was reached without external pressure, and if there is no evidence of psychiatric illness. You have to know the patient very well for this. [Me: This is just pabulum. In Oregon, for example, many patients have received assisted suicide from doctors they had just met for the purpose of being made dead — e.g., rank Kevorkianism.] Over the past year and a half, I have come to know a young woman, a brilliant scientist, who, since an accident two years ago, has been paralyzed from the head down and is completely without feeling. She wanted the artificial respiration shut off but she was refused, as that is clearly illegal. She was literally reproached for being the only patient in the ward who didn’t want to live.

SPIEGEL: How is the young woman doing now?

De Ridder: She is breathing on her own again. But she says that she can’t touch anyone anymore, she can’t do her work anymore, she can’t even lift a pebble. She doesn’t want to live like this. Mind you, it’s a life that wouldn’t even exist without advanced medical procedures and it’s also one that she can no longer end on her own. In that situation, I can’t exactly order that the woman should be turned so-and-so-many times a day, that she should be fed and that she should lie there for another 40 years, just because we have the technological know-how and we want to satisfy our ethical standards.

SPIEGEL: So what do you intend to do?

De Ridder: If she stands by her decision, then I will help her. And I will face the consequential controversy.

I am reminded of an important statement made by another German physician Christoph Wilhelm Hufeland back in the 19th Century, whom I have quoted before:

It is not up to [the doctor] whether . . . life is happy or unhappy, worthwhile or not, and should he incorporate these perspectives into his trade . . . the doctor could well become the most dangerous person in the state.

Hufeland’s worry was prescient, as history proves. Alas, physicians like De Ridder want to move us away from human exceptionalism in health care, and replace it with a discriminatory quality of life ethic that can only victimize the medically vulnerable and defenseless. This view cannot be allowed to prevail or none of us is ultimately safe.

Israeli Children Suing for Their Own “Wrongful” Lives